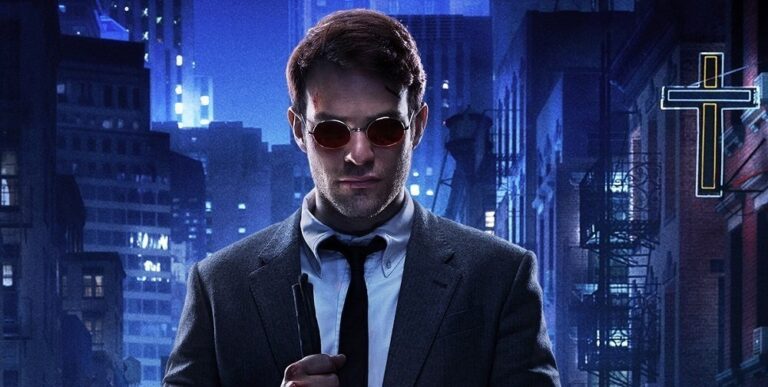 The Marvel Cinematic Universe is getting a significant expansion on April 10th with the release of Marvel’s Daredevil, which will debut its entire 13-episode season on Netflix. Charlie Cox (The Theory of Everything) stars in the title role of Matt Murdock (aka Daredevil), and the series serves as our introduction to a darker corner of the MCU that will eventually lead to Netflix’s superhero team-up, The Defenders.

Let’s get right down to it – Daredevil is one of the best things Marvel Studios has ever created. Period. Much like the show’s title character, Daredevil is a disciplined, well-oiled machine that hits at all the right moments, but has patience to pull back and allow characters and story lines to develop organically.

While I can’t (and don’t want to) divulge any of the major plot points of the first five episodes I’ve seen, I can say that Daredevil expertly handles the introduction of its characters and gives enough of their backgrounds so the show can just run with the relationships. There are quite a few characters to meet, but their introductions are spread out and given time to breathe, rather than being crammed into one episode like Gotham’s pilot. That’s the beauty of having the series debut on Netflix, and another brilliant move by Marvel Studios placing this darker, more character oriented series with the outlet.

Executive producers and showrunners Steven S. DeKnight and Drew Goddard have crafted a tense crime-drama that feels authentic and grounded, even when the show occasionally reminds us that it takes place in the very ungrounded post-Avengers MCU. Daredevil’s creative team took heavy influence from Frank Miller’s Daredevil: The Man Without Fear, but the end result is something original that should make every fan giddy.

The fight choreography in Daredevil is one of the show’s strongest elements, providing brilliantly brutal, bone crushing hand-to-hand combat brought to life by great stunt work and some impressive camera shots. One particular scene in the second episode comes to mind that will have many jaws on the floor, and is a defining moment in the early episodes of the series.

Everything comes down to realism on the show, which is what truly allows Daredevil to set itself apart from the other corners of the MCU. Matt Murdock gets hurt. A lot. He loses his breath, he takes time to recover. He still kicks ass in ways no regular person ever could, but it’s those moments of vulnerability that make him relatable and really elevate the show.

As mentioned, the series is heavily influenced by Frank Miller’s work, but crafts those elements into something different and original. There’s more heart and humor here than one might expect from the show’s ad campaigns and trailers. Additionally, Matt Murdock’s sensory “powers” are translated extremely well to live-action, while the Miller-inspired black suit really allows Daredevil to move like a ninja and punch like a bruiser boxer.

Charlie Cox is a revelation in the title role, and is going to be a household name once the public sees his tremendous portrayal of Matt Murdock. Cox embodies the role with intelligence and likable optimism, instead of the mopey and brooding cliché that we’ve come to expect. He also has incredible chemistry with every single actor in the series, and Murdock’s relationship with best friend and partner Foggy Nelson (Elden Henson) sells the heart of the series with their endearing start-up law firm and the cases that follow.

While you could argue that Hell’s Kitchen itself is the main villain during the first five episodes, Vincent D’Onofrio’s Wilson Fisk (aka The Kingpin) is an absolutely mesmerizing presence that doesn’t always need to be on camera to be feared. The MCU boasts quite a few villains, but I don’t know if any of them are scarier than Fisk. This is an adult show and Fisk is a meticulous and violent man with no shortage of intelligence or resources. But D’Onofrio plays him with a bit of socially awkward charm that is almost endearing, until you see what he is capable of when pushed.

While the show may sound like a boys club, Daredevil also boasts two strong female lead characters in Karen Page (Deborah Ann Woll) and Claire Temple (Rosario Dawson). Both characters are interesting and well-written, and played skillfully by the actresses handling the roles. They’re capable, smart and multi-layered, but most importantly they don’t feel tacked on for a token romance, which is quite often the case in these superhero properties.

Whether Daredevil is wiping the floor with Russian mobsters or fighting the bad guys in the court room, this show will have your full undivided attention. Marvel’s Daredevil has it all – great performances, incredible action, intriguing story lines – you name it. When the end credits rolled on episode five’s cliffhanger, the only real complaint I could muster about the series was that I had to wait to watch to watch the rest.