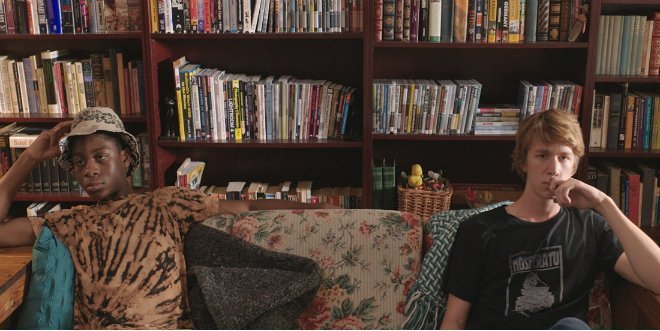 Me and Earl and the Dying Girl was a smash hit at the 2015 Sundance Film Festival, premiering to a standing ovation and garnering rave reviews throughout its festival run. The film appeared on numerous “Best of Sundance” lists, packed the venues for every screening, and received not only the Audience Award, but the Grand Jury Prize as well.

The last film to take home both awards was last year’s gripping, emotional drama Whiplash, and director Alfonso Gomez-Rejon is well aware that he’s breathing rarefied air by collecting both statues. And of course, there’s also the fact that Fox Searchlight and Indian Paintbrush teamed up to acquire the distribution rights after a heated bidding war, in what is rumored to be one of the most expensive (and lucrative) acquisitions in the festival’s history.

With a release scheduled for this summer, Gomez-Rejon isn’t resting on his laurels just yet. Following a special screening of Me and Earl and the Dying Girl at the Phoenix Film Festival on Saturday, we managed to steal a few minutes to ask him some questions about the film.

You guys were a huge hit at Sundance. You picked up both the Audience Award, and the Grand Jury Prize, which is not something that happens too often. Did you know, going into Sundance, that you had something special? Or were surprised by the reaction?

I was incredibly surprised. We had two very small friends-and-family screenings, and we knew it was working – but only working with a room full of 30 or 40 of our friends and family members. Once we got into Sundance, it was a mad rush to finish the film – a lot of late nights working on it, a lot of 48-hour days.

I think three days before Sundance, I was at urgent care with an IV. I had a fever, I had lost my voice, and I couldn’t do anything at that point, because we had to ship off the DCP. So I flew into Sundance on Friday, and just had hot toddies and teas for two nights. Then we premiered the film on Sunday at noon, and everything changed. It was completely unexpected, and very emotional.

The film was picked up by Fox Searchlight right away, and a lot of times when a film is sold at Sundance, that’s the end of its festival run. This is actually the first festival screening since Sundance, so what was it about the Phoenix Film Festival that made you want to come here and share your film with us?

It’s an unconventional film, and we’re starting in very limited release. So I really want to show it and talk about it, and meet young student and young filmmakers who I think might love the film, because it’s a film that celebrates movies. It’s a wonderful place to talk about the film and spread the word, and it’s a film that might need a little love so that people will go out and see it. I think it’s very important to go to the festivals and meet the audience, and talk about the film and get them to talk about it as well.

The subject matter is something that a lot of films will deal with in a very serious manner, but you approach it from a different perspective. There’s levity, there’s light-heartedness, and most of the heavier stuff comes later. Was that a conscious decision to keep things lighter in order to draw the audience in?

Well, one of the title cards is “doomed friendship,” and the movie has “dying girl” in the title. [laughs] It’s right there, and we talk about it openly. The characters are all very honest. The very first thing Greg tells Rachel is “I’m only here because my mom is making me.” But I think if anyone has ever lived through anything like this – you don’t think it’s ever going to happen, so you joke and you stall and you distract and you tell a joke. And at some point, you might just have to face it, and the movie kind of takes a journey like that.

Me and Earl and the Dying Girl will be released on June 12.