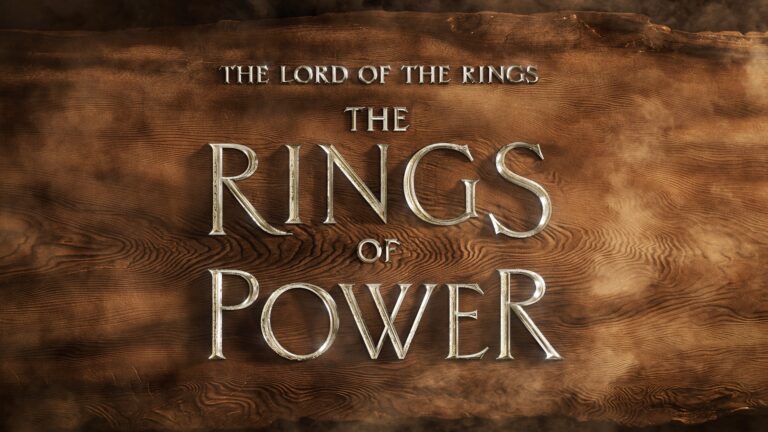 Set thousands of years before the events of J.R.R. Tolkien’s The Hobbit and The Lord of the Rings, Prime Video’s The Lord of the Rings: The Rings of Power takes viewers back to the fabled Second Age of Middle-Earth’s history. It is a time of relative peace after a brutal war, but a long feared evil is beginning to reveal itself across the lands.

Prime Video’s highly anticipated, extremely expensive endeavor to adapt Tolkien’s lesser works as a long form series has been met with, to put it lightly, great skepticism. Having seen the first two episodes of the eight episode first season, most concerns can be laid to rest — it works, and every penny put towards the special effects in the series is there on screen bringing the eye-popping visuals of Middle-Earth to life. The opening episodes of The Lord of the Rings: The Rings of Power invoke the feel of Peter Jackson’s The Lord of the Rings: The Fellowship of the Ring in all the right ways as a terrific character-driven introduction to the series.

Unsurprisingly, the burden of the first two episodes is introducing a slew of new characters spread out to all the corners of Middle-Earth. Far too many to dissect here, so apologies to the talented cast of actors, but the series contains debuts of wholly original characters, never seen in Tokien’s works as well as the first appearances of names seen only in his lesser known books’ appendices. The most notable characters involved for fans of the films or books will be younger versions of elves, Elrond (Robert Aramayo) and Galadriel (Morfydd Clark), because of the species’ long life spans.

Tolkien purists will probably find the most dislike in the way these characters are written, more specifically on the side of Galadriel who, despite a strong performance by Clark, is playing more a warrior prone version of the character than depicted in the source materials. Elrond on the other hand, is a bit more friendly than normal for the character, although a journey to see dwarves in the second episode are my favorite sequences in the episodes (Owain Arthur as dwarf Prince Durin IV is a delight). Aramayo brings his own take to Elrond, but there is definitely a bit of Hugo Weaving’s performance from the Jackson films peppered in during the heavier scenes for good measure for the character.

Prime Video has asked us specifically not to reveal story specifics beyond what we’ve already mentioned due to some legit twists and surprises that will no doubt have viewers vehemently discussing in the days and weeks between episodes. But as previously referenced in this review, The Fellowship of the Ring is a big influence here, and the characters go off on quests to investigate strange occurrences in the land while dark rumors from the previous war start to circulate again. The episodes do a commendable job of not only showing the enormity of the world and its history, but also giving the feeling of dread weighing down as the clues begin to be revealed.

The Lord of the Rings: Rings of Power can be overwhelming, even for fans with decent levels of knowledge of the films and source material like myself. I would suggest at least one additional viewing to get to continue to digest the vast catalog of locations and characters taking part across the multiple branches of the narrative. The term cinematic is thrown around quite a bit in reviews, but Prime Video has truly provided a jaw-dropping cinematic visual experience that is truly worthy of the tag. The series’ introduction feels like a fresh return to the visuals and characters Peter Jackson brought to life in live-action, while digging deep into the Tolkien’s endless expansive history of Middle-Earth. Everything is both familiar and new, and I think I’m quite ready for another adventure.