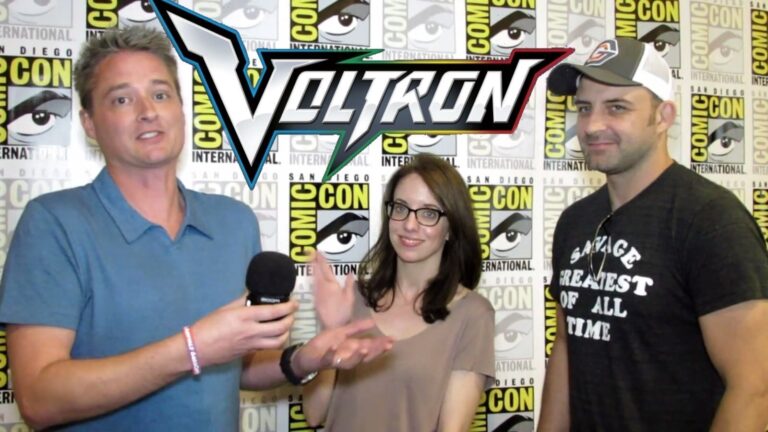 Voltron Legendary Defender was an extremely pleasant surprise from Netflix in 2016, delivering a nuanced, complex reboot of the giant robot cartoon series. Joaquim Dos Santos and Lauren Montgomery, the minds behind Avatar: The Last Airbender and The Legend of Korra, brought that same type of heartfelt, epic action to Voltron Legend Defender.

After speaking earlier this year with Dos Santos and Montgomery before the Voltron Legendary Defender premiere on Netflix, I was able to catch up with the executive producing duo in the Voltron press room at Comic-Con 2016. We discussed the Season 2 renewal, our favorite moments from Season 1 (including the big Pidge reveal) and what’s coming in Season 2. You can watch the video via our YouTube page below:

Sounds like we’re in for another wild ride with Season 2 and we certainly can’t wait to find out which guest actors will be appearing. Unfortunately, we don’t have any Voltron Legendary Defender Season 2 footage to show you, but we can show you this snazzy Comic-Con poster:

And we’ll leave you with this official description of Season 2, straight from the Dreamworks press release:

Picking up in the moments following the season one finale cliffhanger, viewers will follow Team Voltron in the wake of Haggar’s disruption of their wormhole as they are scattered across the universe. Season 2 of DreamWorks Voltron Legendary Defender will premiere exclusively on Netflix in late 2016.