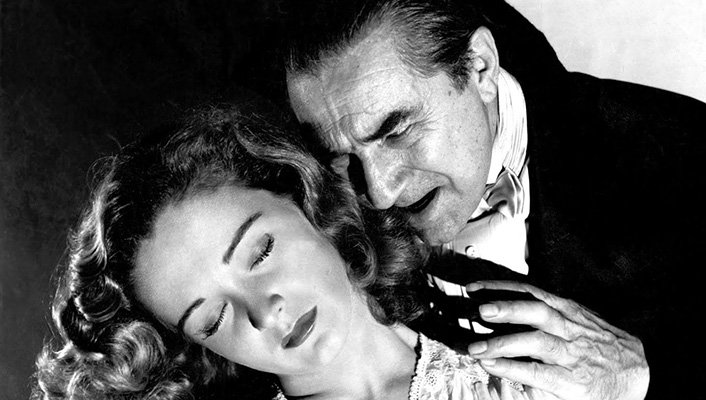 A.K.A. the best horror films for this time of year, according to the humble opinion of this writer! In the one hundred plus years of cinema, the horror genre has been both hated and hailed by Hollywood. Regardless of which side you find yourself on, horror films have been one of the most influential elements of pop culture. So lets celebrate this terrorizing genre with 13 classic tales of horror. Be afraid.  Be very afraid!

Sinister brings together found footage, demonic presence, and child horror into a darkly intense 110-minute adventure. Ethan Hawke plays a washed up true crime writer trying to revive his career by investigating the mysterious disappearance of a little girl whose family was all hung in their back yard. What puts this on my list is the slow, methodical pace of the film and its near perfect use of the musical score.  It is so haunting that you could probably just play the soundtrack and scare the hell out of someone!  You will also notice it is the only “modern” horror film on the list.

While the sequels became comedic and the 2010 remake wasn’t bad, none of them can hold a candle to Wes Craven’s original.  Considered the third slasher icon, Freddy Krueger at his core is a terrifying concept: a child killer seeking revenge on the children of those who killed him by attacking them in the dreams.  Blurring dreamworld and reality was both original and terrifying at the time. Throw in Johnny Depp’s feature film debut, and what you have is one scary good time.  Just hope you stay awake!

One could argue that this film could be lumped together with Elm Street, since it’s part of the slasher film boom in early eighties, and even moreso since Freddy and Jason Voorhees are linked together in cinema history in Freddy vs Jason.  However, one of the things that makes this film truly creepy is there is no Jason in it, at least until the final minute of the film. In fact, the identity of the killer was something groundbreaking and original for a movie at that time. While the low budget effects are terribly cheesy now, there’s still something haunting about being at a campground in the woods with a killer on the loose. The 2009 remake may have more true scares and gruesome murders, but it lacks the overall shock of the original’s twist ending.

The eighth wonder of the world. A giant ape from a long lost island brought to New York and motivated by love. It may not sound like true horror and Peter Jackson’s 2005 love letter to it was more of an action film, but for the 1930s, Kong was a marvel of terror and amazement brought to the big screen by M.C. Cooper and Edgar Wallace.  The film was highlighted by the use of stop-motion animation, a first for audiences at the time, that revolutionized the way films could be made.  The acting is not always top notch, but the story still holds up today and Kong is the real reason to watch this all-time classic.  Spend 100 minutes of your time witnessing history’s first real horror monster.

After Spielberg’s masterpiece was released in the summer 1975, going to the beach was never ever the same again.  Not when there is the fear of a giant man-eating great white shark waiting. Roy Scheider’s Martin Brody wants to protect his beach, Robert Shaw’s Quint wants to add the shark to his big game list, and Richard Dreyfuss’ Matt Hooper wants to study the beast. All three men pursue their goals with intensity and conflict until they all have the same goal: survival. Jaws provides so many white knuckle moments up until it’s climax. Finish watching this film and see how excited you are to be back into the water.

A black horror comedy that touches on cannibalism, incest, and mental deterioration, the Merrye Syndrome will leave you feeling very uncomfortable at the end of Jack Hill’s “maddest story ever told.”  Featuring the last performance of Lon Chaney Jr. and one of the first for Sid Haig, this film is disturbing. It comes across almost comical the way they treat the family curse, but the reality of what they take so lightly is just not right. Chaney plays Bruno, the caretaker of a family whose members suffer from the Merrye Syndrome – essentially, it affects the members of the family by causing them to mentally regress to near animalistic behavior.  Bruno has kept the family secret hidden until a few relatives come looking to take over their property.  What happens next is the Merrye children acting on every perverse instinct they have.  If for no other reason, see this film Chaney’s greatest performance since The Wolf Man in this “cannibal orgy of delights.”

Spawning two great sequels in Evil Dead II and Army of Darkness as well as the gruesome 2013 remake by Fede Alvarez, this is the one that started it all. An isolated cabin housing several horny twenty-somethings turns into demonic horror when they uncover the Necronomicon Ex-Mortis, the Sumerian book of the dead. It is here we meet the anti-hero Ash, S-Mart’s top employee. Director Sam Raimi also introduces us to new trick camera shots that have now become staples of the film industry. You will probably find yourself far from scared, but very entertained as you watch the exploits of J. Ash Williams.

Stanley Kubrick as director, material based on a Stephen King novel, and star Jack Nicholson all mix together to provide one of the scariest and most fucked up psychological films ever. At just over two hours, the pace is very slow and deliberate, just like the descent of Jack Torrance’s (Nicholoson) mind. He is a writer that takes a job as a caretaker for a ski resort during it’s off-season. He brings along his wife and son, who has the ability to see the past and future called “shining.” Soon a snowstorm traps the family in the resort and the spiral begins. Danny, the son, begins to see more and more with his abilities and Jack starts to become overtaken by some supernatural force and is driven to kill his family. As noted in the documentary Room 237, Kubrick creates such an atmosphere for both seen and unseen terror bringing the viewer along on Jack’s descent.

One could argue that Alfred Hitchcock could fill a top list of horror/suspense films all on his own, and they would be 100% right. This movie, like all of his films, has been so influential to so many. For me, it’s they way Hitchcock draws you into the plot. For the first half of the film he leads you in one direction and before you notice, it has turned into something else entirely. When the audience first meets Norman Bates, you know something is terribly off about him. Played to creepy perfection by Anthony Perkins, you feel a sense of sympathy for Norman. Then we meet his mother… sort of. The shower scene alone could be one of the top five moments in cinema history, so go check into the Bates Motel. You may not make it out, but you’ll be glad you visited.

Dirty, grainy, dark, and disturbing pretty much sums up Tobe Hooper’s horror classic. Everything about the film feels wrong and uneven, and that is why this is one of the greatest horror films in history. A group of friends come across a family of cannibals when they go to check on a family grave amidst reports of grave robbers in a lost dusty Texas town. When they stumble upon the demented family, they meet the butcher of the family Leatherface. While the movie claims to be based on a true story, the mask of flesh and cannibalism is the only resemblances to the real-life crimes of Ed Gein. From the bizarre behavior of the hitchhiker in the beginning to the very blunt and bizarre ending, this film can still scare the hell right out of you.

Without this film there would be no The Walking Dead, World War Z, or Zombieland. Writer and director George Romero wrote the book on all things zombie and it all started with this groundbreaking film. When two siblings go to a rural gravesite to visit their father’s grave, what happens next would change the face of horror forever. As only the sister, Barbra, escapes to a nearby farmhouse she finds herself holed up with a few others seeking refuge from wandering zombies. The sheer magnitude of the groups’ desperation and need to survive causes all of them to react differently, yet very authentically. The black and white nature of the film only adds to the sense of hopelessness. And yes, they are coming for you Barbra!

This was the slasher film that started it all. Everything about this movie resonates with me. Set in a rural midwestern town with beautiful fall colors as Halloween approaches, John Carpenter tells a story unlike any that has come before. Michael Myers, the man behind the mask, has come home to reap his revenge. There is so little actual gore and violence shown on screen, so much left to the imagination. The iconic musical score really paces the film with harrowing shots by the camera that shows the attention to detail Carpenter and company used in filming. This was the film that scared me beyond belief in my youth and caused me to crave that feeling over and over again still to this day. While Rob Zombie’s Halloween provides greater insight into what made Michael Myers, there is something even more disturbing in wondering why. Why these kids? Why this town? These answers aren’t provided until many of the sequels that followed. Watch at night, with only your pumpkins lit and the terror will come home.

Okay, so I cheated by putting two at number one, but seriously, these two films belong together. In 1931 Universal Studios basically created the horror and monster genre. For that matter, they basically created Halloween, too! Both films were based off really good novels and stage plays and starred Bela Lugosi as Dracula and Boris Karloff as Frankenstein’s Monster. I realize that viewed today there is nothing scary about these films, but the sense of history and nostalgia contained in these films are endless. Every time I watch one of these films I find myself transported back to a little kid staying up late to watch the Saturday night creature feature hosted by Sammy Terry. So grab a loved one, turn the lights down real low and take a trip back to the 1930s horror films that started it all.