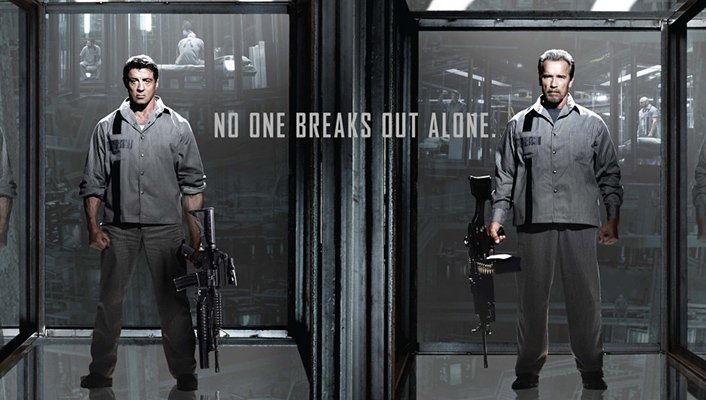 Sylvester Stallone and Arnold Schwarzenegger shared a few scenes in both installments of the Expendables franchise, but Escape Plan marks the first time the two legendary actions stars have headlined a film together, and it feels somewhat poetic that this team-up should be so reminiscent of the films on which both men built their careers.

Stallone stars as Ray Breslin, a security expert whose entire career has been built around pointing out the flaws in maximum security prisons – by getting himself incarcerated and then breaking out of them. His reputation gets him a meeting with the CIA, who want Ray to go undercover inside a privately funded penitentiary which houses the most dangerous criminals and terrorists in the world, an off-the-books facility known as The Tomb.

Unfortunately for Ray, the entire thing is a setup, and now he’s trapped on the inside at the mercy of the devilish Warden Hobbes (Jim Caviezel) and completely cut off from the outside world. His only option is to befriend the big man on the inside, Emil Rottmayer (Schwarzenegger), whose ties to a shadowy underworld figure might be the ticket to a major payday for Hobbes.

Without the large-scale skirmishes of The Expendables or the gore-soaked combat of Rambo to distract moviegoers, Stallone is forced to rely on his charisma, and he proves that he still has plenty to offer. But he takes a backseat to Schwarzenegger here, who delivers his best performance since his return to the big screen. Not only is the Governator given an opportunity to showcase a bit of range, he actually seems to be having fun with this one, which is more than can be said for The Last Stand.

Escape Plan is far from a perfect film, but an audience willing to suspend a tremendous amount of disbelief and ignore the gaping plot holes will find an enjoyable flick with a solid blend of action and humor, not to mention a fantastically understated performance by Caviezel, who will hopefully be cast as a major villain in a superhero movies sometime in the very near future.