Blu-ray Review: ‘Fantastic Beasts and Where to Find Them’ 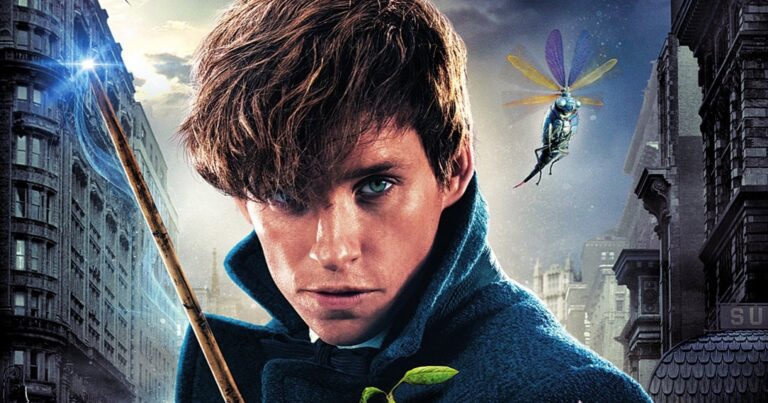 Harry Potter fans finally know where exactly to find those fantastic beasts: in their very own home theaters with the release of Fantastic Beasts and Where to Find Them out today on Blu-ray, DVD, and Digital HD.

If you want to know my in-depth thoughts on the first spin-off of the Harry Potter universe you can read my review here or check out this excerpt below:

“Whether racing through (and destroying) the streets of 1920’s New York or introducing audiences to numerous incredibly cool new creatures inside Newt’s very TARDIS-like, bigger-on-the-inside suitcase, Fantastic Beasts and Where to Find Them is full of tremendous visuals and likable new characters in a new corner of the Harry Potter universe – unfortunately some of the family charm is dulled by an overall dour vibe and unnecessarily dark plot lines.

While the film is far from perfect there’s obviously still a ton to enjoy and this Blu-ray set is stacked with special features worthy of the Potter franchise and your hard-earned dollars. Included with the Blu-ray copy of the film, you also receive a DVD and Digital HD download of the film covering all the different ways you might want to watch the film.

The special features themselves will keep you busy for a while and include Before Harry Potter: A New Era of Magic Begins! with J.K. Rowling and director David Yates along with the four main cast members and producers Heyman and Wigram to discuss how they approached creating this pre-Harry Potter part of the universe. The cast members are interviewed together while the behind the scenes talent and crew speak individually – a wise decision because the actors are adorable and quite entertaining together, their chemistry on film isn’t hard to understand.

Characters is a fairly standard special feature where the cast and talented crew, including the amazing Colleen Atwood (designer of the costumes seen on DC TV shows), discuss the characters and how their backgrounds influence their costumes. Each sub-feature in Characters is about four minutes long and focuses on a certain character or group of characters.

Much like Characters extra, Creatures sees Rowling and Yates along with the effects crew discussing each fantastic beast in the film including individual sub-features for each creature including the Bowtruckle, Demiguise, Erumpent, Niffler, Occamy, and Thunderbird. Design is a feature that showcases the work of production designer Stuart Craig and how they created this old school era and new locale for the Harry Potter universe which are quite stunning in the film.

Lastly, the part most fans will skip to first are the deleted scenes. There’s quite a bit of wealth of content here to dig through with some surprisingly good scenes that were cut. The clips all feature finished CG effects could have easily been left in the film, but obviously Yates needed to keep the running time down. The deleted scenes include: Major Investigation Department, Jacob’s Tenement, Newt’s Case, MACUSA Cell, Creocreatura, Tracking Demiguise, Suitcase Celebration, Skyscraper Roof, Obscuris Unleashed Part 1, Obscuris Unleashed Part 2, and Newt Goodbye with Creocreatura being my favorite since it features a brand new beast from the suitcase not seen previously in the film and some lovely backstory.

Wanna support The Nerd Repository? Click the linked image below and buy Fantastic Beasts and Where to Find Them through our Amazon Store!

The first spin-off of the Harry Potter franchise gives a good film a great Blu-ray release. The movie looks amazing in HD and is packed with plenty of interesting special features that really bring home the magic.

Movie Review: ‘The Trial of the Chicago 7’