Blu-Ray Review: ‘Once Upon A Deadpool’ 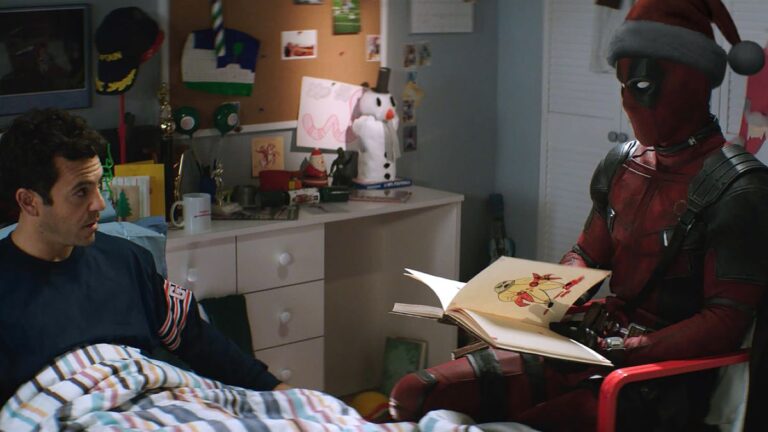 Whether you’re a fan of action films, superhero films, or R-rated humor, the Deadpool film franchise has a little bit of something to offer everyone – or at least, everyone thirteen and older. But with the release of Once Upon A Deadpool, there’s now a PG-13 version that “the whole gang can enjoy.”

To say the film is just a PG-13 cut of Deadpool 2, while not entirely a false assessment, would be selling it just a little bit short. So why should you care about version 2.0? Two words: Fred Savage. The selling point is the Princess Bride-esque usage of Fred Savage in fourth-wall-breaking hilarity. Clocking in at 117 minutes – two minutes shorter than the theatrical version – the roughly eight minutes of Reynolds and Savage verbally sparring is nearly worth the price of admission. But aside from that, and a few snippets of other new footage, there’s little else thrown in – and yet, it’s still crazy to watch both versions back-to-back and see just how much blood and gore was taken out.

As for the Blu-ray itself, there’s nothing to write home about, as apparently 20th Century Fox already blew their wad on the previous release. Literally, there are no bonus features, no additional gags thrown in, nor commentary tracks – the last is the biggest travesty, as I would have killed to listen to an entire commentary track of Reynolds and Savage cutting up the film. But alas, with the film carrying a PG-13 rating, I’m guessing it would have been quite difficult to make any of the bonus features or commentaries feel appropriate.

If you’re a fan of the franchise you probably already own a copy of Deadpool 2 and all of its super cut glory. Once Upon A Deadpool makes the perfect companion piece, but can’t be recommended over the original version.