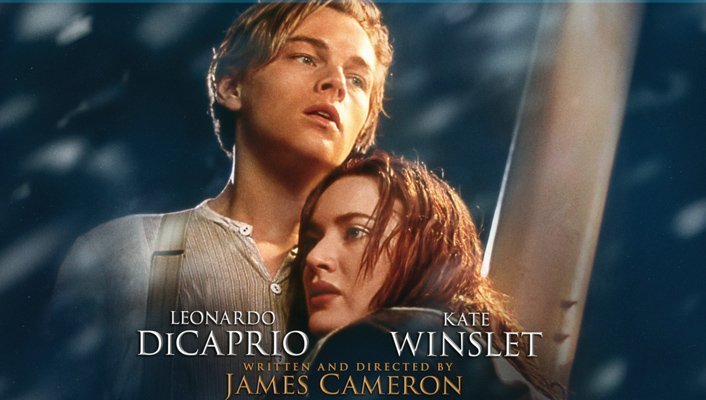 James Cameron’s 194-minute epic romance Titanic, which remains the second-highest grossing film of all time, has finally made its way to Blu-Ray, and the results are nothing short of spectacular. As ill-fated lovers Jack and Rose, Leonardo DiCaprio and Kate Winslet are just as endearing as they were fifteen years ago, and the film remains a sweeping, powerfully emotional experience that continues to resonate with viewers of all ages and backgrounds.

The Blu-Ray release of Titanic is presented in the same aspect ratio as its original theatrical run, and the new 1080p encode is leaps and bounds beyond the previous DVD releases. Colors are rich and vibrant, black levels are deep and inky, and the level of clarity in facial complexions, clothing, and set design is astounding. Cameron’s painstaking attention to detail has never been more evident, and the hi-def transfer breathes new life into the film.

The gorgeous transfer is complemented by a superbly executed DTS-HD audio mix, which really shines in the latter half of the film as the ship begins to come apart. The rear channels are put to remarkably good use as panic sets in, creating an atmosphere of tension and a growing sense of despair, and James Horner’s orchestral score never overpowers the onscreen action.

While the bulk of the supplemental materials were included in the 2005 Special Edition DVD release, a pair of new featurettes created specifically for the Blu-Ray release will be one of the major attractions here. Reflections on Titanic is a four-part behind-the-scenes documentary which covers all aspects of the film’s production, from its original cinematic debut up to the recent 3D theatrical run. Titanic: The Final Word spends 90 minutes exploring the fate of the real-life RMS Titanic, complete with exploratory footage of the wreckage, as well as interviews with noted historians and experts.

With the Blu-Ray release of Titanic, one of the most successful films in the history of cinema has finally received a home video release worthy of its legacy. The audio and video quality are stunning, to say the least, and the impressive collection of extras will keep fans long entertained after Jack and Rose say their goodbyes. Available in 3D and non-3D variations, under no circumstances should this release be passed over.