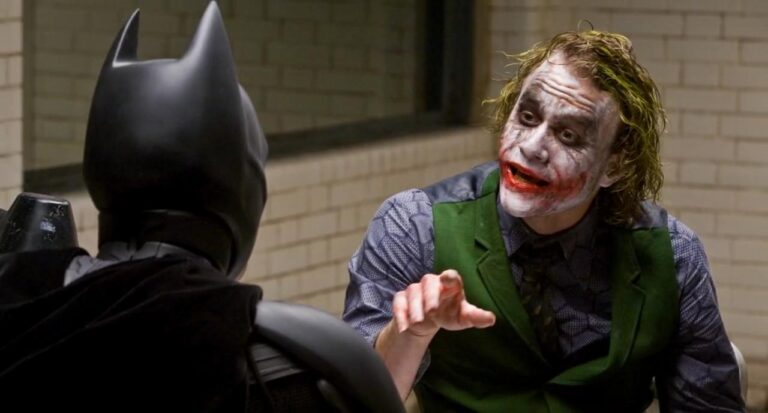 Superhero films have become an integral part of pop culture, frequently topping box office charts and raking in billions of dollars for the studios. But despite their mainstream prevalence (and as Surly often claims in the Drinks and Discourse podcast, over-saturation), there was a time when Captain America and Iron Man were relegated to the pages of comic books, and the thought of seeing them on the big screen was little more than a fanboy fantasy.

With Captain America: The Winter Soldier raising the bar for audience expectations, and a slew of hotly anticipated titles on the horizon, we decided to take a look back at some of the best moments superhero films have given us. It should be noted that for the purposes of this list, we define “modern” superhero films as being released after 2000’s X-Men, which many folks would agree revitalized the genre and paved the way for bigger and better films.

Bryan Singer’s X-Men ushered in the age of the modern superhero movie, and while there are plenty of great moments, it’s the sequel that truly shines as one of the premiere achievements in the genre. X2: X-Men United delves much deeper into the development of its characters, as well as further exploring the social and political parallels of mutants and other minority groups.

But superhero films need the occasional action beat, and the highlight comes somewhere around the halfway point, when Stryker’s troops attempt to infiltrate the mansion while most of the X-Men are away. Audiences were finally given a glimpse at Wolverine’s animalistic nature, as his rage took over and he stalked from room to room dispatching soldiers with lethal efficiency and uttering the now-iconic phrase, “you picked the wrong house, bub.”

After the disappointing X3: The Last Stand and the horrendous X-Men Origins: Wolverine, 20th Century Fox needed to breathe fresh life into their franchise. Once again, they turned to Bryan Singer for help, and the result was X-Men: First Class, a prequel/reboot focused on the early days of the relationship between Professor Charles Xavier and Erik Lensherr.

Michael Fassbender perfectly embodies Lensherr’s quiet determination and smoldering rage as he becomes consumed by his quest to track down Sebastian Shaw. His journey takes him to a tiny bar in Argentina, where he encounters a few Nazi refugees and carries out his vengeance with cold, calculated precision. It’s a chilling sequence, and serves as a prelude to Lensherr’s gradual descent into madness.

Captain America is arguably one of the most difficult characters to translate from the pages of a comic book to a living, breathing person that audiences can connect with. Much like Superman, the character was created for a different time, and has struggled to remain relevant throughout his long history. Marvel made the wise choice to craft Captain America: The First Avenger as a period piece, setting the film against the backdrop of World War II and an America whose young men were raised to treat people with decency and respect.

Steve Rogers is the epitome of all-American, an upstanding citizen who loves his country and his fellow man, but whose frail body cannot possibly live up to the stress and turmoil of combat. When an experimental serum turns Rogers into the first supersoldier, he’s immediately put to the test as he chases down an undercover Hydra assassin. It’s the first time we see Rogers in action with his new set of skills, and the beginning of the Captain America legend.

While Sam Raimi’s third entry in the Spider-Man franchise wasn’t particularly well-received, fans and critics tend to agree that Spider-Man 2 is still one of the best superhero films of all time. Alfred Molina gives a wonderfully nuanced performance as Doctor Otto Octavius, a man driven into madness by the consequences of a tragic laboratory accident.

While the character could easily have been portrayed as an over-the-top, mustache-twirling villain, Raimi chose another direction completely, giving Octavius far more emotional depth than viewers had come to expect from their big screen bad guys. But Octavius still has a mean streak, as evidenced when he battles Spider-Man atop a speeding train. Ten years later, this is still one of the best action sequences in any superhero film.

Many will point to Marvel’s Iron Man as the best example of how to make a superhero film, and to be honest, it’s a  pretty tough point to argue. The film is damn near perfect, and holds up incredibly well over repeated viewings – it’s the kind of flick that you’re forced to watch to completion any time you stumble across it while channel-surfing.

It would be outrageously time-consuming to list everything Marvel did right with Iron Man (hiring Jon Favreau to direct, casting Robert Downey Jr., etc), but perhaps the film’s most important moment occurs after the credits have rolled. Samuel L. Jackson’s surprise cameo as Nick Fury was not only a wink and a nod to comic book fans, but also marked the genesis of the enormous, interconnected Marvel Cinematic Universe.

After Bryan Singer’s disappointing attempt to revitalize Superman in 2006, the world’s most recognizable superhero was in dire need of an image update. The much-needed reboot came in 2013 with Zack Snyder’s Man of Steel, a well-crafted origin story that instantly made the characters relevant again and ushered in a new version of the hero for a modern age.

Man of Steel‘s central theme is Kal-El’s journey of self-discovery, his quest to determine how he fits into the world and what type of man he wishes to become. His first attempt at flight is one of the most breathtaking and emotional sequences in the film, thanks in no small part to the voiceover from Russell Crowe and Hans Zimmer’s sweeping score.

After establishing the key members of their heroic team via a series of solo films, Marvel’s years of meticulous planning paid off in a big way with the release of The Avengers. The idea of a big-screen superhero team-up flick was something fans had only dreamed of, and the results were better than anyone could have imagined.

With director Joss Whedon at the helm, The Avengers was everything we could want in a superhero film: a wickedly smart blend of action and humor that brought our favorite characters to life in ways we never though possible. A shining example is the minute-long tracking shot during the film’s third act, which shows every member of the team getting their licks in, and looks like it was torn directly from the pages of the books that inspired it.

Christopher Nolan’s The Dark Knight has been widely lauded as an absolute masterpiece, an opinion that even non-comic book fans have a difficult time arguing against. The combination of an intelligent script, a visionary director, and one of the most memorable performances of all time set a new standard for superhero films, and while the film isn’t without its flaws, it remains the stick against which other comic book films are measured.

There are countless memorable scenes in The Dark Knight, but none so iconic as the interrogation sequence at Gotham City Police Headquarters. Heath Ledger’s monologue is expertly delivered, revealing that he’s not just another madman, but a calculating, manipulative psychopath. For the first time, Batman finds himself matched up against a foe that he can’t predict, a villain he can’t intimidate – indeed, as he mercilessly pummels The Joker, his adversary merely laughs off his efforts, advising him that “you have nothing to threaten me with.”

This four-minute sequence is the most captivating in the entire film, and perfectly encompasses the nature of Batman’s lifelong relationship with The Joker, with the vigilante trying desperately to formulate a solution to a puzzle that can never be solved. It’s a shame that Ledger’s untimely death closed the book on what could have become one of cinema’s greatest onscreen rivalries.

So that’s it, and now we’d like to hear from you, dear readers. Do you agree with our choices? Why or why not? Has there been a glaring omission or an unbelievable oversight? Sound off in the comments below, and let’s keep the discussion going.