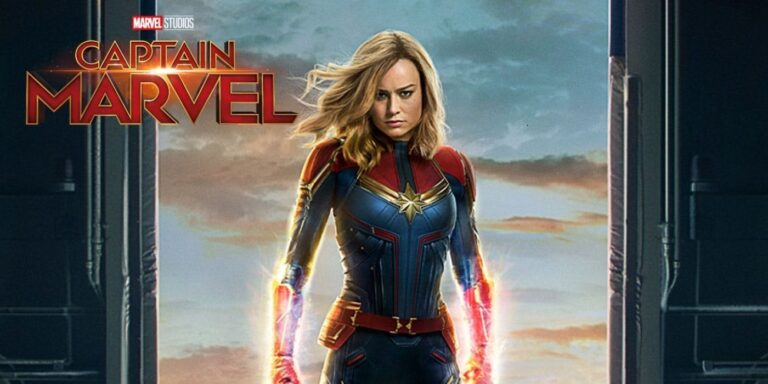 Captain Marvel is set to usher in the beginning of the end of the first era of the MCU with a little bit of female empowerment. Teased during the end credits of Avengers: Infinity War, Brie Larson stars as the titular alter ego of fighter pilot turned cosmic superhero Carol Danvers.

Captain Marvel is a fairly enjoyable flick with a surprising amount of humor served with a heaping of 90s nostalgia, but suffers from a less-than-perfect origin story weighed down by a slow mid-section and underdeveloped character writing. Larson is solid in the role and will be a blast to watch as she continues to grow into the character, but even the talented actress stumbles to find her footing occasionally with bland delivery of bland dialogue, alongside a recurring lack of direction.

Negatives aside, Carol thankfully retains the trademark cockiness and snark that fans were worried would be missing from the character after seeing some of the early ho-hum marketing of the film. Additionally, the little details like Carol’s space suit changing to give her a mohawk and the eventual shift of it to Captain Marvel’s traditional colors will make fans very happy.

Being set in the 90s allows the film to use younger versions of Marvel favorites Nick Fury (Samuel L. Jackson) and Agent Coulson (Clark Gregg), who both get entangled with Carol as she crash lands on Earth. This occurs after waking up on another planet with no memory of the years before, and being trained as a warrior by the alien Kree.

The de-aging effects on Jackson and Gregg are further testaments to how good Marvel has gotten at this particular type of computer generated trickery. Sadly, even though it looks impressive and Jackson is clearly having fun, Fury’s younger self ends up being a bit frustrating. The usually stern, shadowy leader is portrayed as a friendly, upbeat young agent that is almost completely used for goofy comedic effect throughout the film, rather than follow a gradual evolution to the badass S.H.I.E.L.D. director audiences know and love. 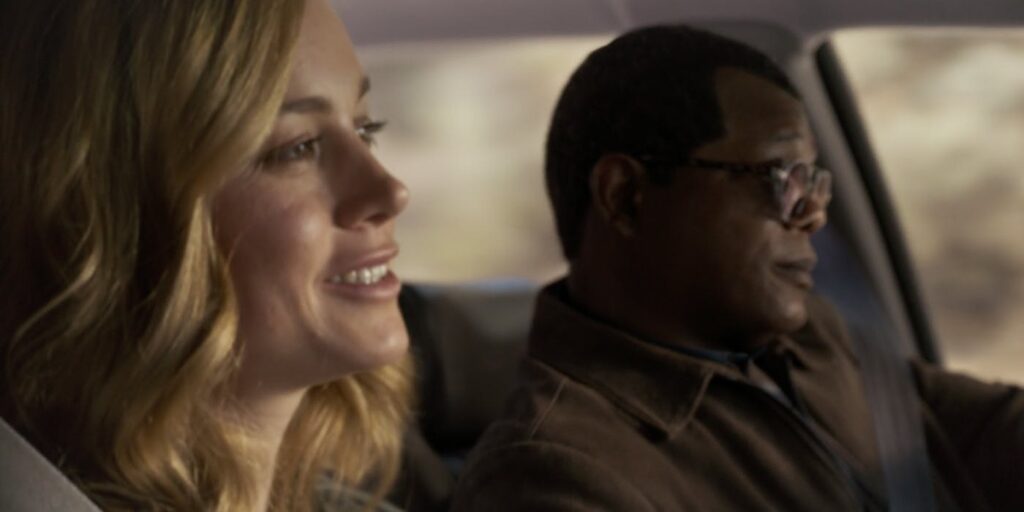 Although the writing for the duration is a mixed bag, the film has more than one twist for both casual MCU fans and hardcore comic lovers — the latter will no doubt have plenty of fodder to dissect and discuss when the credits roll. Speaking of No Doubt, the film has a lot of fun with the 90s setting by squeezing in numerous songs from the decade, including the Gwen Stefani-fronted ska band. Some of these choices work, but there are so many that it all gets exhausting and overplayed by the end.

One big bright spot of the film is Ben Mendelshon’s take on the film’s villain Talos, the leader of the villainous race of legendary Marvel baddies the Skrulls. The shape-shifting aliens are a thorn in Captain Marvel’s side, both in space and during her return to Earth, and Mendelshon and his fellow Skrulls are the surprise scene-stealers of the film.

Besides the character portrayals, a big reason fans are excited about the film is the promise of cosmic action, and Captain Marvel mostly delivers. From some terrific space black ops missions with Carol’s Kree mentor Yon-Rogg (Jude Law) to car and foot chases on 90s-era Earth, there’s plenty of cool action to behold. The slight letdown would be the final action sequence where Carol really unleashes her powers: the film’s big climax utilizes some odd camera angles and uneven CG shots, deflating what should be a stunning sequence and instead make it a bit hard to visually follow and appreciate.

Audiences will flock to the theaters to see this one and many young girls (and boys) will get their first glimpse at a character that may very well influence their lives going forward. Thankfully Captain Marvel is a good enough film to shoulder that weight despite its flaws. The ride is a fun one and Larson is stepping into her role as not only the Captain, but a leader of a new, diverse generation of superhero films.