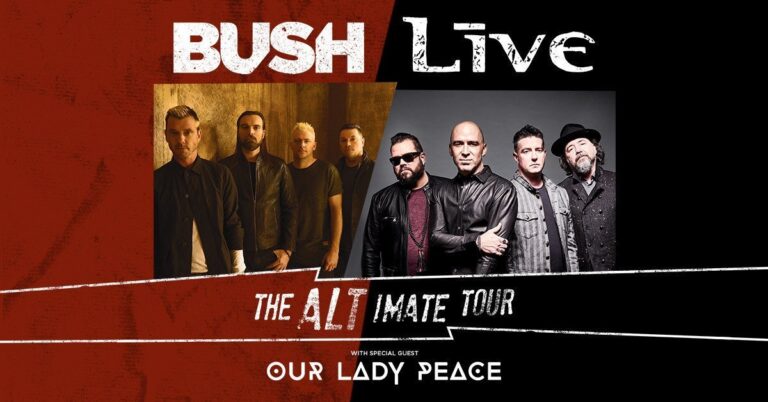 Live and Bush have announced plans for a summer 2019 tour to commemorate the 25th anniversary of their respective breakout releases, Throwing Copper and Sixteen Stone. Dubbed The ALT-IMATE Tour, the outing will run for 33 dates, commencing June 6 in Mashantucket, Connecticut and wrapping up September 8 in Rochester, Michigan. Canadian rockers Our Lady Peace have been tapped to support.

In a press release, Bush frontman Gavin Rossdale expressed his eagerness to get back on the road. “We are thrilled to be touring this summer with Live,” he said. “The wealth and depth of songs from both bands should provide a great night of music. Looking forward to seeing you all this summer.”

“Bush is a great band,” said Live frontman Ed Kowalczyk. “And Gavin is a super passionate singer and performer. I’m really looking forward to spending the summer with them. I know the fans are going to get one hell of a show.”

Released in 1994, Throwing Copper spawned the hit singles “Lightning Crashes,” “I Alone” and “Selling the Drama.” Bush’s Sixteen Stone was also released that year, with mega-hits like “Everything Zen,” “Comedown” and “Machinehead.” Combined, both albums sold over 20 million copies.