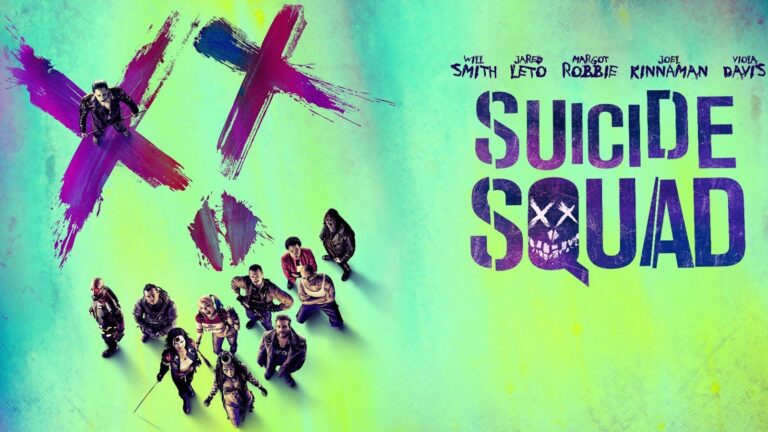 After the disappointing reception for Batman v Superman: Dawn of Justice, comic book film fans put some pretty unfair expectations on the DC villain-centric Suicide Squad. A film that had casual moviegoers scratching their heads when it was announced as the follow-up film to Batman v Superman, since it’s not a widely known property, had suddenly gathered enormous positive buzz via some ingenious marketing, brilliant trailers and a certifiable social media frenzy from fans.

The film ends up providing a solid amount of fun and exactly what the trailers promised – a big colorful, unapologetic rock show – but it’s not the savior of the DC Extended Universe for which the fans have been clamoring. Suicide Squad is quite simple a quirky, over-the-top comic book film that’s crowd-pleasing, but not genre-defining.

Suicide Squad revolves around a group of A, B, and C-list DC Comics supervillains that are captured and forced by Amanda Waller (Viola Davis), DC’s badass equivalent of Nick Fury, to help defend the country – or the world – from metahuman threats. In exchange, these loose cannons receive shorter sentences and the added perk of getting to keep their heads from being blown off by the explosive chips Waller has implanted in their spines.

Director David Ayer takes the darker DCEU and injects some color and levity to this world, which is surprising since this film is about the bad guys. The great part is that Suicide Squad fits nicely into this already established Zack Snyder universe without managing to be overly mopey or brooding. DC fans should have a blast seeing all the references, Easter eggs, and connective threads to the previous DCEU films and comic book source material.

The cast is easily one of the high points of the film, including the already-mentioned Viola Davis along with Will Smith as Deadshot, Margot Robbie as Harley Quinn, and Jared Leto as The Joker being the bigger names involved. Ayer introduces the audience to the extremely large number of characters with extended backstory intros for each of the core Squad members, which is necessary since most of these villains are unknown to general audiences, while the rest of the team slowly trickle into the story from there.

Smith is basically playing Smith as he always does, and once again has been cast as a villain with heart, albeit he’s still a bad man. If Will Smith isn’t your favorite, he’ll probably get on your nerves as Deadshot, but he does bring an undeniable swagger and charm to the character.

Most controversial will be the rock star Bonnie and Clyde of the DCEU: Harley Quinn and The Joker. Margot Robbie was brilliant casting, but I might find myself with the unpopular opinion here that I found her inconsistent in the role. She has moments where she’s brilliant and then moments where she doesn’t seem to quite nail the line or character moment. She also has a disappearing, re-appearing Harley Quinn-style New York accent that was extremely distracting.

Jared Leto brings an almost totally unique take on The Joker that should also prove divisive to fans hoping to see a more familiar version. He’s part Heath Ledger, part Jack Nicholson, part David Bowie with a gaggle of great references in this film to the Joker’s comic book history, creating by far the most crazy onscreen version of the character we’ve ever seen. I still hate the tattoos and the metal mouth grille, but I really enjoy Leto’s take on the character and his minimal presence in the film was a frustratingly awesome way to whet the audience’s appetite for The Joker’s expanding role in the DCEU.

My personal favorite was Captain Boomerang, played by Jai Courtney (an actor I normally can’t tolerate), as a beer-swilling, truly selfish low-level supervillain. Courtney has some fantastic scene-stealing jokes and I was sorely disappointed that his screen time was so minimal compared to the other characters on the team. The wonderfully not-CG Killer Croc (Adewale Akinnuoye-Agbaje) was a blast to watch as well, and hopefully gets more to do somewhere else in the DCEU.

If you’re wondering who the team ends up being sent to fight – beware spoilers ahead – they end up going toe-to-toe with their own teammate Enchantress (Cara Delevingne), an incredibly powerful ancient being possessing a female archaeologist. This ends up being the weakest element of the film, and along with its silly injected romance story between Enchantress and Squad leader Rick Flagg (Joel Kinnaman), will surely be a big reason some people will end up not liking the film.

The third act builds up to a very splashy, world-threatening showdown that feels very DC Comics and could have been ripped right out of the Justice League animated series. This might not play well for some, but I thought it brought a level of spectacle that didn’t diminish from the fun I’d been having leading up to it.

Aside from the third act, Suicide Squad goes back to the “popular song sequence” crutch one too many times to elicit laughs or excitement from a scene. It works for the most part, but by the end it does feel a bit overused despite creating quite a few great moments. Also, most of the humor works really well, but occasionally there are a handful of real clunkers that derail a few scenes, or felt like the filmmakers were just pandering to Will Smith’s acting persona.

Suicide Squad is the underdog comic book property that got a shot at being a game changer, but instead just delivered exactly what the marketing sold. The film is the punk rock concert of superhero films with its eclectic foul-mouthed, self-serving, violent team and a whole lot of summer blockbuster fun, despite its multiple issues.

The film is exactly what it should be - a shot of color and fun into the DC Extended Universe and a solidly entertaining popcorn blockbuster fix. While not the genre-defining film many expected, and filled with a number of issues, this is still a step in the right direction for DC Comics films.