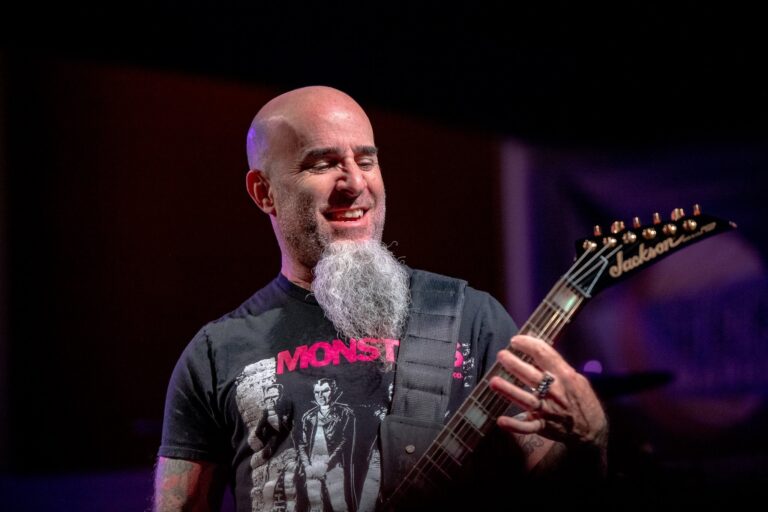 TEMPE — “We’ve never done anything like this before,” said Keith Buckley of The Damned Things, surveying the outdoor crowd gathered at Tempe Marketplace. Several hundred people had wedged their way into the open area between Dave & Buster’s, California Pizza Kitchen and H&M, and to paraphrase the band’s lyrics from “Friday Night (Going Down in Flames),” all they wanted was a good time.

Buckley and his bandmates — Anthrax guitarist Scott Ian, Alkaline Trio bassist Dan Andriano, and the one-two punch of Fall Out Boy’s Joe Trohman and Andy Hurley on guitar and drums, respectively — were happy to oblige. The blistering 60-minute set found Buckley in rare form, launching himself (and his mic stand) into the audience during “Let Me Be (Your Girl)” and later climbing a section of scaffolding and belting out lyrics from atop a massive stack of speakers, much to the chagrin of the security guards.

It was the last night of the tour, which found The Damned Things on the road together for the first time in eight years, and the setlist was a fairly even combination of tracks from their debut record, Ironiclast, and the recently released High Crimes. Whether more shows are on the horizon remains to be seen: Buckley will be rejoining Every Time I Die for a cross-country trek with Coheed and Cambria, and Ian has a series of European dates lined up with Anthrax.

But if Friday’s crowd was any indication, fans want more of The Damned Things, and hopefully it won’t be another eight years before we see them again. Check out photos from the show below.