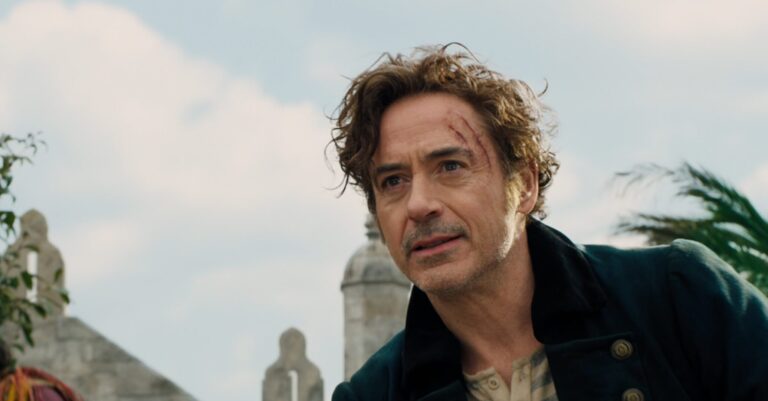 The story of John Dolittle, a physician with a unique ability to understand and communicate with animals, has gone through numerous adaptations for the stage and screen. Perhaps most notable is 20th Century Fox’s 1967 film starring Rex Harrison, although current-day moviegoers are probably more familiar with the 1998 version (and its sequels), which brought the concept into the modern era with Eddie Murphy in the title role and spawned a series of dreadful sequels.

Fresh from his emotional farewell to the Marvel Cinematic Universe in last year’s Avengers: Endgame, Robert Downey Jr. is stepping into the shoes of the celebrated surgeon for Universal’s reboot of the property. Simply titled Dolittle, the film opens with a gorgeous animated sequence that brings the audience up to speed: the good doctor and his gifts won him the favor of the Queen, who gifted him with a sprawling estate that he turned into a sanctuary for creatures great and small. But after Dolittle’s wife died at sea on a treacherous expedition, he disappeared from public life and the manor fell into disrepair.

Seven years have passed, and the Queen has fallen gravely ill. Lady Rose (Carmel Laniado) seeks the doctor’s help in finding a mythical remedy which may restore her health — and save Dolittle’s home in the process, as the deed to his property will pass to the House of Lords in the event of her death. Accompanied by would-be apprentice Tommy Stubbins (Harry Collett), Dolittle and his animal companions embark on a journey to find the Eden Tree, whose fruit is said to cure all manner of ailments and illnesses.

Downey’s performance leans heavily into silliness and eccentricity — think Ace Ventura by way of Captain Jack Sparrow. Young children will giggle at the wild facial expressions and goofy jokes delivered in Downey’s ambiguously foreign accent, and marvel at the wide variety of CG animals prancing around onscreen, including a neurotic ostrich (Kumail Nanjiani), a stern parrot (Emma Thompson) and a polar bear (John Cena) who hates the cold and calls everyone “bro.” But the cartoonish visual effects on creatures both furry and feathered and the weightless, videogame-like action sequences won’t impress adult audiences, who are likely to find the doctor more irritating than entertaining.

Much of the animal-related humor is either anachronistic — an octopus who may have witnessed a crime refuses to answer questions, citing the motto “snitches get stitches” — or scatological, such as a third-act sequence where the doctor is tasked with removing a number of large items from the rectal cavity of a giant creature to alleviate its stomach problems. Dolittle is the sort of film that believes a vicious tiger named Barry (Ralph Fiennes) getting kicked in the groin by a gorilla (Rami Malek) and exclaiming “Oh, my Barry berries!” is the height of humor. Moviegoers under the age of 10 might agree with this sentiment, but don’t expect Universal’s would-be epic to connect with anyone else.