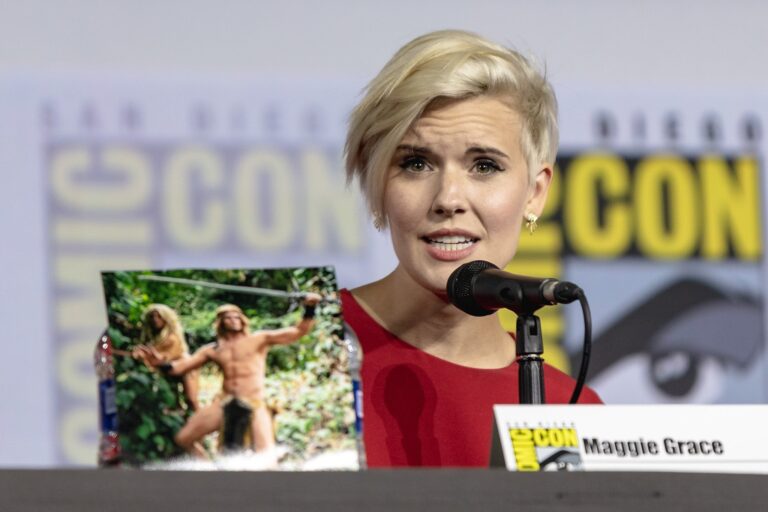 AMC’s hit series Fear the Walking Dead returned to San Diego Comic Con’s Hall H this year for a discussion with the cast and creative team — not to mention an intense look at the second half of the show’s fifth season.

The panel opened with the executive producers and creative team, including Michael Satrazemis, who reminisced about being a camera operator on The Walking Dead and being given an opportunity to “live my dream” as one of the creative forces behind this series. Comic creator Robert Kirkman (who also serves as a writer and EP) was also present, along with makeup and effects wizard Greg Nicotero.

Gimple confirmed Fear the Walking Dead had been renewed for a sixth season, and also teased details about another upcoming spinoff, which would center around a group of young people who have grown up in a safe place during the apocalypse, but must now venture beyond their enclosed civilization.

Cast members Lennie James, Alycia Debnam-Carey, Danay Garcia, Rubén Blades, Maggie Grace, Jenna Elfman, Karen David, Alexa Nisenson and Austin Amelio arrived to take questions. Garrett Dillahunt was unable to attend due to shooting commitments, but he was there in spirit as Grace displayed a photo of Dillahunt from The Sarah Connor Chronicles, dressed in nothing but a loincloth.

Blades related a humorous anecdote about asking for his character, Salazar, to be given a feline a companion. The request was originally denied, but eventually the production acquiesced — much to the surprise of Blades, who had practically forgotten that he ever made the request in the first place.

Austin Amelio also spoke about reprising his role from The Walking Dead as Dwight, and how the character would fit in with the rest of the group. “He hasn’t been around people in a while, so he has to have some faith in these people he’s meeting… I felt my introduction was very appropriate. It was very Western.”

Fear the Walking Dead returns for the second half of season 5 on Sunday, August 11th.