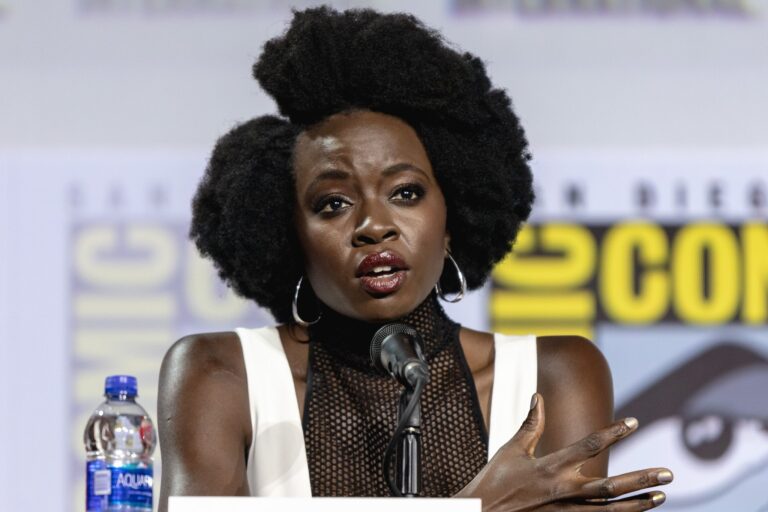 Hot on the heels of Fear the Walking Dead San Diego Comic-Con panel, AMC’s original zombie series The Walking Dead also held a discussion with the cast and creative team. The series returns for a 10th season in October, and executive producer Greg Nicotero — who scripted the season premiere — promised to shake things up.

“The opening 3 minutes is unlike anything we’ve ever done,” he said. “You’re not gonna be sure what show you’re watching.”

“I think that Negan’s relationship with Judith is as genuine as can be,” he said. “But Negan is always gonna be Negan, and now that he’s out of that cell a little bit, we’ll see what happens if he gets a weapon in his hands.”

As for Michonne, Gurira acknowledge that her character would need to fully embrace her role as leader in order to continue supporting the group. “The healing that she starts to find last season… is a responsibility now, because healing requires opening up,” she said. “Stepping into that next phase of opening up and leading all these people is what it’s all about.”

Gurira also dropped a bombshell announcement, confirming that Season 10 would be her last. Whether Michonne meets a grisly fate or escapes with her life remains to be seen, but Gurira is officially moving on.

“I can confirm that this is the last season I will be on this amazing show as Michonne,” she said. “This has been one of the purest joys of my life. It was a very difficult decision… I’m filled with a lot of pain about leaving and a lot of gratitude. I love you guys and I love this show.”

The Walking Dead returns for its 10th season on October 6th, exclusively on AMC.