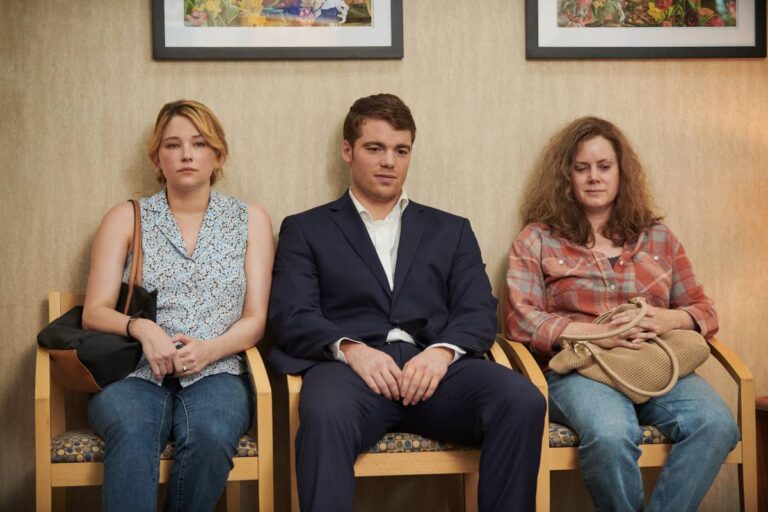 Published to much fanfare in 2016, J.D. Vance’s memoir Hillbilly Elegy was pored over in the wake of Donald Trump’s election to the highest office in the United States, as political pundits tried to make sense of how the white working class embraced a wealthy reality television show host as the answer to their problems. The book also sparked controversy over the author’s perceived unwillingness to confront the myriad systemic issues that have left the Rust Belt mired in struggle for generations, with Vance seemingly adopting the stance that “hillbillies” — a term meant to be affectionate but that often feels derogatory — could break the cycle of domestic violence, drug addiction and poverty with a little hard work and a little less finger-pointing.

The same “lesson” can be derived from Ron Howard’s adaptation of Hillbilly Elegy, although the veteran director is a bit more subtle than Vance’s book. Streaming this week on Netflix, the film is told across parallel timelines: in 2011, J.D (Gabriel Basso) is attending law school at Yale and hoping to clinch a crucial summer internship that will provide him with just enough income to pay for the next semester. When his sister (Haley Bennett) calls to tell J.D. their mother Bev (Amy Adams) has been hospitalized after a heroin overdose, he races back to Middletown, Ohio, thinking back on his formative years in the late 1990s and his tumultuous relationship with Bev and the formidable family matriarch, Mamaw (Glenn Close).

Played by Owen Asztalos, the teenage J.D. is something of an introvert, longing for anything that resembles stability. Sadly, that’s not in the cards as Bev darts from one ill-fated relationship to another, and her increasingly frequent forays into opioid usage set the family on an endless rollercoaster of turmoil and tragedy. Law enforcement intervenes on more than once occasion, whether it’s an attempted suicide or a suspected case of child abuse, but nothing ever seems to change for very long. As the elder J.D narrates, “something was missing… maybe hope.”

It’s the foul-mouthed, chain-smoking Mamaw that ultimately takes it upon herself to guide J.D. toward a different future. “I’m taking him,” she announces to Bev. “And if you have a problem with it, you can talk to the barrel of my gun.” It’s not an empty threat, either: an earlier scene of Mamaw rooting around in her purse clearly reveals the old gal is packing, and there’s little question about her willingness to use a weapon if sufficiently provoked — after all, her favorite movie Terminator 2: Judgment Day. She provides just the sort of tough love J.D needs, and those lessons will come in handy years later as he attempts to convince Bev to check into a rehab facility after her latest relapse.

With a shock of grey hair, oversized glasses and a cigarette permanently attached to her lower lip, Close is barely recognizable in Hillbilly Elegy, and the home video footage played over the end credits indicates her depiction of Mamaw is physically accurate, if nothing else. But while some may dismiss Close’s performance as little more than caricature, it feels remarkably authentic to someone who grew up in a small Indiana town with friends and relatives from similar economic and social backgrounds as the characters in Howard’s film. My own grandmother was far less cantankerous, but I knew plenty of older folks in and around my little part of the world that would match up with Close’s characterization almost perfectly.

Adams rarely appears onscreen when she’s not in the throes of one severe emotion or another, and between this and the film’s stubborn refusal to get beneath the surface and explore the circumstances which led to Bev’s endless downward spiral, it becomes increasingly difficult to dredge up any kind of empathy for her plight. Moreso, we find ourselves puzzling over why J.D. continues to be drawn to — and feel responsible for — someone whose only contribution to his life has been to make it practically unbearable. This is not a failing on the part of Adams, who works wonders with the material, but Vanessa Taylor’s screenplay lacks the depth to make us feel anything other than disdain. In fact, most of the female characters are given short shrift here, with Bennett getting sidelined for huge portions of the film and Freida Pinto, as J.D.’s girlfriend, spending most of her screentime communicating with him via phone.

The biggest problem with Hillbilly Elegy is that it doesn’t feel like anything we haven’t seen before: a character rises above their tough upbringing and difficult circumstances to “make something of themself” through a combination of hard work, tough love, and perseverance. But while Hollywood has long conditioned audiences to believe it’s really just that simple — a belief to which the real-life Vance subscribes, as evidenced by his writing — the truth is a hell of a lot more complicated than that. Howard’s film would’ve been far more interesting had it been willing to explore that complexity, instead of sanitizing it and shining it up nicely for award season.