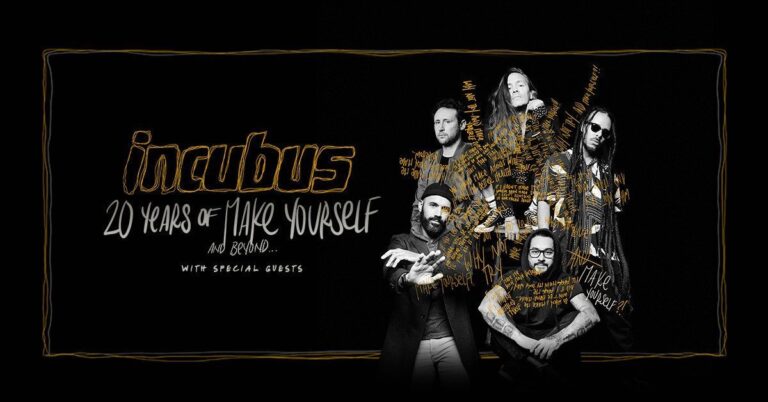 To celebrate the 20th anniversary of their platinum-selling album Make Yourself, Grammy nominees Incubus have announced a massive 39-city tour that will have them on the road for nearly three months during the fall and winter seasons. Special guests Dub Trio, Wild Belle and Le Butcherettes will join on select dates.

Produced by Live Nation, the tour is scheduled to kick off Friday, September 13th at Denver’s Fillmore Auditorium. Other stops include the Paramount Theater in Seattle, The Masonic in San Francisco and Comerica Theater in Phoenix, with the tour finally ending its run on December 7th at the House of Blues in Myrtle Beach. Tickets for the tour will go on sale to the general public starting Friday, May 10 via LiveNation.com.

“We are so looking forward to this Fall tour,” said vocalist Brandon Boyd. “Make Yourself was such a pivotal moment in our band and we are beyond excited to reintroduce this album to our audience while also showcasing the many musical roads it ultimately led us down. See you soon!”

*with Dub Trio
+with Wild Belle
^with Le Butcherettes