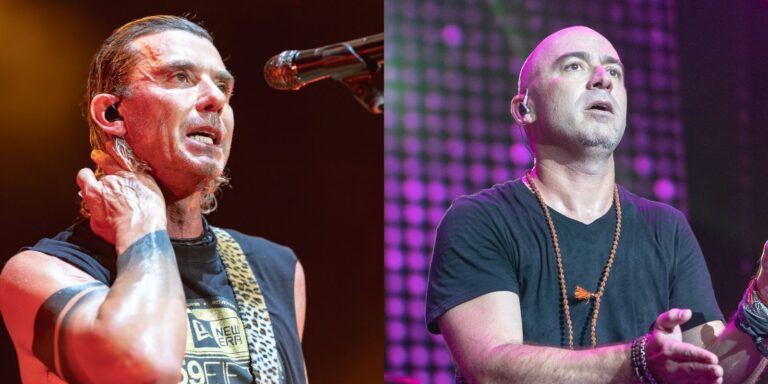 TUCSON — The stifling humidity of the desert air wasn’t enough to deter the crowds from assembling at AVA Amphitheater on Sunday to see a pair of alt-rock legends. Bush and Live have spent the summer criss-crossing the United States on the ALT-imate tour, celebrating the 25th anniversary of their respective breakthrough albums, and fans were eager to sing along with the hits.

After a brief animated intro breathed life into the cover art of Throwing Copper, Live took the stage and immediately launched into “All Over You,” following up with the record’s first single, “Selling the Drama.” Frontman Ed Kowalczyk then spoke about some of the bands that had influenced Live’s sound before segueing into a spirited cover of R.E.M.’s “Losing My Religion” — a move that could almost be seen as a playful nod to Bush, whose cover of R.E.M.’s “The One I Love” has been a longtime staple of their own live show.

Live also served up their rendition of The Rolling Stones’ “Paint it Black,” eliciting a sing-along from the audience. Not that fans didn’t get into the act for Live’s own material, mind you — they were just as eager to belt out the lyrics to “I Alone” and “Lakini’s Juice” right along with Kowalczyk.

Ominous clouds had assembled overhead by the time Live’s set had concluded, but fans hoping for some real-life thunder to go along with “Lightning Crashes” were left wanting, as the rain was kept at bay. Luckily, the arrival of Bush — heralded by the unmistakable opening guitar riff from “Machinehead” — acted as a force of nature all its own. Lead singer Gavin Rossdale hopped and spun all over the stage, his trademark gravelly rasp sounding every bit as powerful as it had 25 years ago.

The set featured all five singles from the band’s debut effort, Sixteen Stone, including the ballad “Glycerine” — which Rossdale performed by himself — and “Little Things,” which saw Rossdale leaving the stage and making a lap through the crowd, while security guards and spotlight operators tried desperately to keep track of him. Bush also worked in their latest single, “Bullet Holes,” featured on the soundtrack to John Wick 3: Parabellum, and a pair of songs from their electronic-infused third album, The Science of Things.

The ALT-imate tour continues its run for another two months, and fans in Arizona can look forward to another stop at the Comerica Theater in Phoenix on October 21.