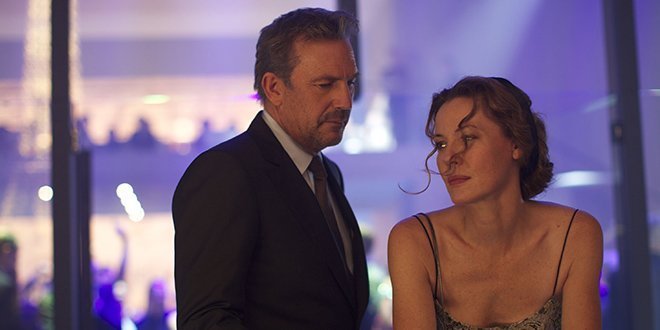 We’ve finally reached the precipice. We’ve arrived. Thanks to McG’s 3 Days to Kill, starring Kevin Costner and Hailee Steinfeld, we as a filmgoing society have arrived at the top of the trash heap that is the February Dumping Ground of theatrical releases. Like the landfill containing nothing but copies of E.T. – The Extra Terrestrial for the Atari 2600, this dumping ground is wrought with titles that were either too bland or too horrendous to release in theaters against huge box office heavyweight contenders.

3 Days to Kill is honestly the pinnacle of what can be accomplished during the shortest month of the year as a moviegoer (The Lego Movie notwithstanding – go see that now). It’s not a great movie by any stretch of the imagination, and suffers from some serious pacing and synergy issues, but it’s a fun movie when it’s doing what it does correctly.

The story pits an aging and terminally ill Kevin Costner against a web of 1980s bad guy clichés (Ze Germans are back!) while he struggles to connect with his daughter (Steinfeld). Amber Heard portrays his CIA handler, who shows up in each of her scenes wearing an outfit crazier than the last. Connie Nielsen, who is surprisingly not Diane Lane, plays Costner’s ex wife who has to go out of town for three days. She leaves Costner and Steinfeld alone to possibly repair their family before an end-stage blastoma does him in. For the rest of the film, Our Hero fights towards medical and familial salvation.

Fans of McG’s Chuck will see a lot of parallels to the latter during this film, as 3 Days to Kill feels a lot like the HBO version of Chuck, if Zachary Levi were in his 60s. Think of it as a weird mix between Mrs. Doubtfire and The Bourne Identity. From the very first scene to the end credits, there is a pairing of estranged-father-and-his-daughter drama mixed with a comedic spy thriller. It’s thrilling at times, occasionally heartwarming, the fight scenes are technically impressive, and the overall story is always overwhelmingly absurd.

While it’s difficult to tag this as a “good” movie, it’s an “entertaining” movie for most of its runtime. The perfect February sleeper film for the perfect Sunday morning viewing… once it’s released for home consumption. The film drags quite a bit in some places, and it’s easy to forget about the other half of the protagonist’s life, so it’s not without its major drawbacks. But if you want to see a movie in a theater this weekend and are forced to pick between 3 Days to Kill and Another Damned Madea Movie, you wouldn’t regret picking the former.