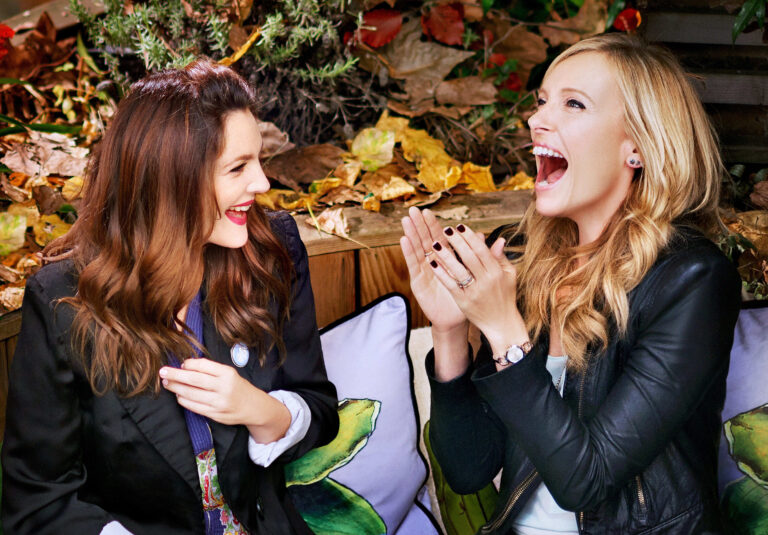 Miss You Already is the very definition of a “chick flick.” It has all the tropes one would expect: a powerful sisterly bond, a comedic road trip, a little romance, and a tear-jerking cancer subplot. If that doesn’t sound like your cup of tea, keep in mind that Mad Max: Fury Road is out on DVD. As far as movies like this go, however, Miss You Already is elevated by some wonderful performances and a few genuinely bittersweet moments. None of it’s revolutionary, but there is just enough intelligence and charm here to stand out.

Drew Barrymore is Jess and Toni Collette is Milly, a duo who become best friends as grade-schoolers and remain best friends well into their late thirties. Both of them have loving, dedicated husbands. Jess and her husband (Paddy Considine) want to have a baby, but can’t seem to get pregnant. As they try to bring a new life into this world, Milly and her husband (Dominic Cooper) receive some life-altering news. Milly has breast cancer and chances are the chemotherapy won’t be the worst of it. Even though their lives are on completely opposite tracks, Jess and Toni continue to support each other through thick and thin.

Sometimes a film is salvaged almost solely based on the chemistry between the leads. Like Sandra Bullock and Nicole Kidman in Practical Magic or the four young actresses in The Sisterhood of the Traveling Pants, Barrymore and Collette are what make Miss You Already something special. You completely buy their everlasting friendship, and the two make for an extraordinarily appealing pair. There is some forced conflict toward the third act where they’re briefly driven apart. Although this plot point kind of causes the story to lag, it fortunately doesn’t last too long.

The film also effectively portrays cancer without ever becoming shamelessly sentimental or condescending. It’s kind of like Terms of Endearment, except focusing on a relationship between two friends as apposed to a mother and daughter. Miss You Already isn’t on the same level as that Best Picture winner. It also falls behind other recent movies that have found the drama and comedy in cancer, such as 50/50 or Me and Earl and the Dying Girl. Nevertheless, the film does ring true more often than not.

Miss You Already was directed by Catherine Hardwicke, who had an impressive feature film debut with Thirteen back in 2003. She took a major step backwards when the script for Twilight landed in her lap, though – but if you think that was her career low point, don’t forget that she also made Red Riding Hood. Miss You Already reminds us that Hardwicke can still make smart, honest, touching movies with interesting female characters at the center. She just needs to stay away from the vampires and werewolves.

Miss You Already is elevated by some wonderful performances and a few genuinely bittersweet moments. None of it's revolutionary, but there is just enough intelligence and charm here to stand out.