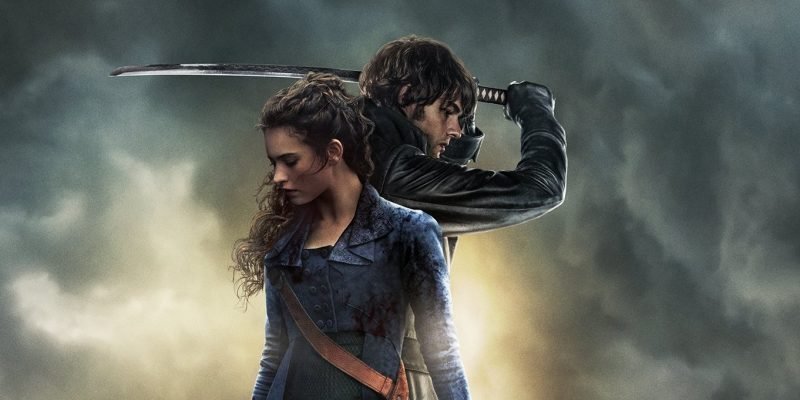 The idea behind the Pride and Prejudice and Zombies novel by Jane Austen and Seth Grahame-Smith is an amusing one-note joke that really shouldn’t work anywhere other than on the written page – or not even there, depending on who you ask. So it’s nothing short of a miracle that the film version ever got made, especially considering the last Grahame-Smith adaptation, Abraham Lincoln: Vampire Hunter, was nothing short of a disaster.

But somehow director Burr Steers (Igby Goes Down) and his talented young cast have managed to put together a much better than expected – and at time, very clever and funny – zombie romp set in the ridiculous world of a Jane Austen period romance. Don’t get too excited, it’s not a great film – just better than it has any right to be for those going into the theater with lowered expectations.

Pride and Prejudice and Zombies stars Lily James (Downton Abbey) as the plucky Elizabeth Bennet, a martial arts master trained from a young age to take down those nasty undead. The film takes an interesting spin with the idea that everyone must be trained in martial arts to survive, and the rich get trained in Japan and the less refined go to China, creating a class separation in self-defense skills.

The first half of the film has a lot of fun with Elizabeth and her sisters giggling over boys and potential romance as they brutally spar with each other to hone their skills. It makes for a fun dynamic to hear Austen-ian dialogue being uttered while swords clash and punches are thrown with the lingering fear of a zombie outbreak at any moment.

Newcomer Sam Riley brings his gruff voice and dark good looks as Mr. Darcy, the tortured military zombie-killing love interest of Elizabeth. The last corner of the love triangle, Mr. Wickham, is played by Jack Huston with plenty of charm, but the character goes in a weird direction – more on that later.

Matt Smith (Doctor Who) is possibly the best part of the film as the prissy, scene-stealing Mr. Collins. Smith really gets to flex his comedic chops in the role and is so delightfully goofy (and very British) as the aloof Lothario with designs on wedding one of the Bennet sisters. The film has a very solid sense of humor (unlike Abraham Lincoln: Vampire Hunter) and Smith is the perfect epicenter of the laughs.

The supporting cast features two woefully underused Game of Thrones actors from the Lannister family, with Charles Dance as Mr. Bennet and Lena Headey as a badass, zombie killin’ eye-patch wearing Lady Catherine de Bourgh. Dance has a few very nice character-building family scenes where he’s stern but loving, but Headey seems to get left behind in what feels like a subplot with plenty left on the cutting room floor.

You probably really want to know about the zombie portion of Pride and Prejudice and Zombies. There are a couple of beautifully shot scenes involving some really terrifying undead, and a few new CG tricks that have never (to my knowledge) been used in creating zombie gore scares before, but sadly the practical zombie makeup is extremely sub par for most of the film, and the zombie fighting sequences are less than inspired.

It all leads up to a bizarre final act that undoes a lot of the subtlety and cleverness that went into skewering the quieter moments of Austen’s book. There is minor setup for the appearance of the Four Horseman of the Apocalypse and the Antichrist himself, all weaved into Mr. Wickham’s storyline involving zombies that have managed to avoid becoming feral. It’s all a very over-the-top foundation for a continuation of the franchise that is in no way guaranteed, despite the film turning out better than expected.