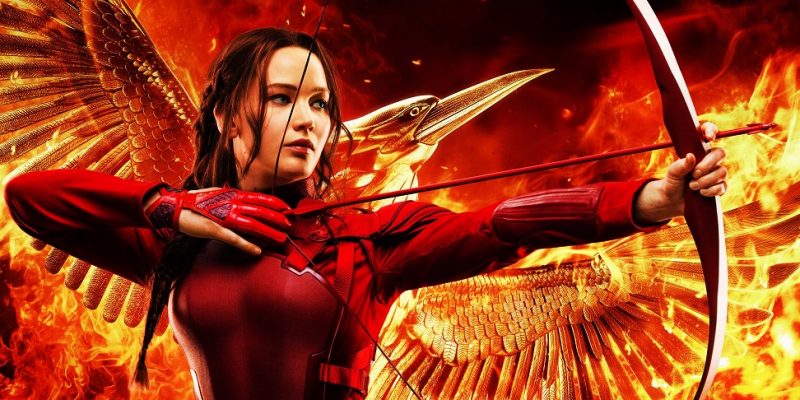 The Hunger Games: Mockingjay Part 2 draws the curtains closed on the blockbuster franchise that made actress Jennifer Lawrence a household name, and proved that YA adaptations don’t all have to be like Twilight. The final half of The Hunger Games two-part finale, based on the Mockingjay book by Suzanne Collins, faithfully creates the grim, desperate wartime victories and tragedies that marked the end of Katniss Everdeen’s campaign to rid the world of President Snow.

The Hunger Games: Mockingjay Part 1 left us with the image of Peeta Mellark (Josh Hutcherson) rescued from the clutches of The Capitol, but brainwashed and feral at the mere sight of Katniss (Jennifer Lawrence). Injured and devastated both emotionally and physical by his attack, Katniss has never thirsted for revenge against Snow (Donald Sutherland) more than now, and decides to focus all her energy on the rebel war effort. To do so, she puts her life (and her Mockingjay image) in the hands of President Coin (Julianne Moore) and ex-Gamemaker Plutarch Heavensbee (the late Philip Seymour Hoffman), and with the help of a close group of trusted friends, she devises a plan to assassinate Snow.

The source material for Mockingjay Part 2 is extremely dark, and director Francis Lawrence unflinchingly adapts what is possibly the most grim YA film to date. This outing also does the best job out of the other three installments in finding the right tone and balance for the story. Mockingjay Part 2 is an extremely deft war story that is both nerve-wrecking and tragic, but it is also at times a competently presented sci-fi horror film. The harder science-fiction elements of the previous films always felt disconnected, but there’s a sequence in the sewers midway through this film that is terrifying, and finally gets the tone right for the series.

But the “war struggles” are where this film is most firmly planted and being that this is a finale, in order to keep those stakes raised, lives are lost. Mockingjay Part 2 takes itself very seriously, where there was room for light moments of silliness in the earlier films. Characters like Caesar Flickerman (Stanley Tucci) and Effie (Elizabeth Banks) have left the jokes at home and realize the weight of what’s going on and what’s coming. The climax of the film (and the book) has a moment that is so shocking and dark, that I’m surprised it got approved to be presented in such a straight-forward manner in the film.

The cast all turn in strong performances in their final appearances as these characters, and many have grown quite a bit as actors – particularly Josh Hutcherson who is great in this film. Jennifer Lawrence was, of course, born to play Katniss Everdeen and continues her stellar embodiment of the role. On the other side, Donald Sutherland is pitch-perfect as President Snow and really has some great material to work with here – and he definitely nails the meatier role.

The cinematography by Jo Willems is also absolutely breathtaking, including the black ooze sequence that is glimpsed in the film’s trailers. The wonderfully framed shots of the area closing off and the sheer terror of Katniss and her crew discovering the trap they’ve just sprung is just great popcorn filmmaking. Not to mention so many of the quieter scenes, such as those that take place in District 12, are also stunning in their imagery.

Splitting the films was a controversial move and one that would I call a mistake that detracts from this film. With Mockingjay Part 1’s story setup told, there’s no reason this Part 2 should ever feel slow – and with this film’s two-hours-plus running time, it does. I’m not even going to complain about this film’s “multiple endings,” a trend most franchises of this caliber have become so fond of employing lately. It is the earlier parts of the film, before the siege on The Capital, that contain actors like the wonderful Gwendoline Christie as Commander Lyme that are introduced and completely forgotten afterwards, expanding the unnecessary running time.

But The Hunger Games: Mockingjay Part 2 is still a carefully constructed adaptation of the beloved source material, reminiscent of another large franchise’s finale: Harry Potter & The Deathly Hallows Part 2. This film isn’t as good as that one and it may be too bleak for some, but Mockingjay Part 2 treats hardcore Hunger Games fans with its faithful reverence for the source material and casual moviegoers with its solid filmmaking.

Negan, Do You Kiss Your Mother With That Mouth?

Movie Review: ‘The Night Before’