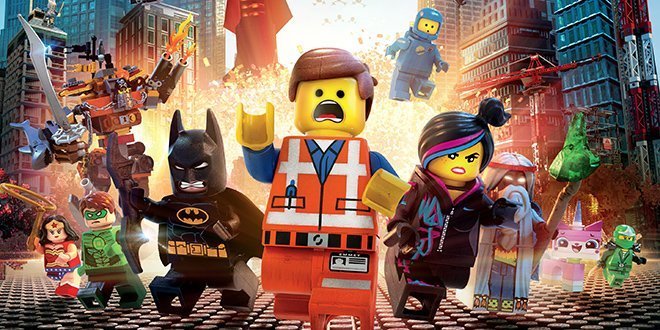 Hollywood has a long history of taking beloved relics from our childhood and adapting them into big-screen entertainment, with the unfortunate truth being that the final product often bears little resemblance to the source material that our younger counterparts loved so much. Typically we’re left with something that feels like a cheap, hollow cash-in (The Smurfs, Garfield, Alvin and the Chipmunks), or a bloated, special effects-laden monstrosity full of explosions and poor acting (Battleship, Transformers, G.I. Joe: Rise of Cobra).

So it was with much trepidation that I sat down to watch The Lego Movie, steeling myself for an experience that would be little more than a two-hour commercial designed to drive traffic into the nearest toy store, coaxing money out of the wallets of parents and into the pockets of the Danish toy company. Instead, I was treated with one of the most original, creative and entertaining films I’ve seen in years, which has quickly cemented itself as the first must-see movie of 2014.

Emmett (Chris Pratt) is a construction worker, obediently carrying out his daily duties in accordance with the instruction manual provided to all Lego citizens by President (Lord) Business (Will Ferrell), an obsessive compulsive, maniacal CEO bent on world domination. Think Lex Luthor, but as a complete control freak with less intelligence and more mustache-twirling insanity.

A chance encounter with the beautiful WyldStyle (Elizabeth Banks) leads Emmett to the mythical Piece of Resistance, an ancient relic spoken of only in prophecy that can be used to save the Lego citizens from their impending doom. Wyldstyle quickly whisks Emmett away and brings him before the Master Builders, which include the sagelike Vitruvius (Morgan Freeman), the manic 1980s astronaut Benny (Charlie Day), and WyldStyle’s boyfriend, Batman (Will Arnett, in perhaps the film’s most hilarious vocal performance). Together, the Master Builders formulate a plan to defeat Lord Business by infiltrating his massive high-rise fortress, using the Piece of Resistance to defeat him once and for all – provided they can escape the clutches of the terrifying Good Cop/Bad Cop (Liam Neeson), Lord Business’ most loyal henchman.

From the opening moments of the film, The Lego Movie fires an endless array of jokes at its audience from seemingly every angle. Writers Phil Lord and Christopher Miller (who also directed the film) have an expert grasp of the absurd, and they use it to great effect, ensuring that every scene is stuffed to the gills with laughs. Many of the film’s best moments are derived from the fact that the characters, vehicles, and environments are created from Lego pieces: one of the rules established by the filmmakers was that everything appearing onscreen must be possible to construct in the real world.

There’s an especially clever twist that occurs during the third act that, if attempted by less talented filmmakers, could’ve easily derailed the entire experience, but Lord and Miller’s pitch-perfect execution makes it work. With lightning-fast wit, a surprising amount of action, and perhaps a bit of attention deficit disorder, The Lego Movie is consistently entertaining from start to finish. It’s a brilliant mix of humor, heart, and creativity, and provides a great foundation to build on.

Sorry, I couldn’t resist at least one Lego-related pun. But seriously, The Lego Movie is fantastic.