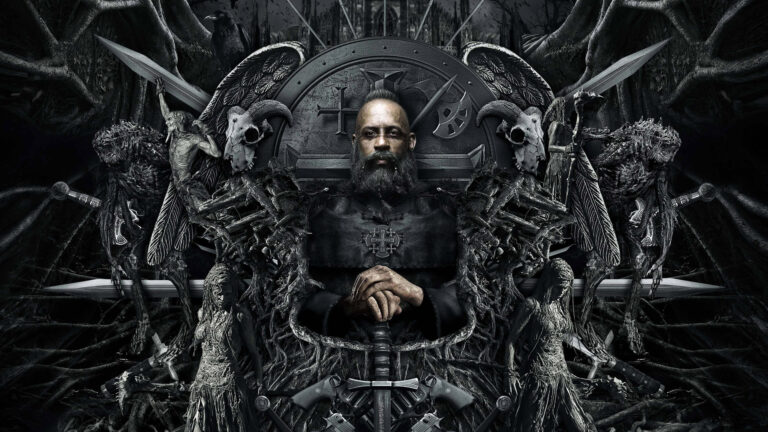 Fantasy movies have come a long way over the past decade and a half. After being considered a lesser genre for years, mainstream audiences are finally starting to realize that fantasy can be smart, sophisticated, and even important. For every movie that pushes the limits of imagination, though, we get something along the lines of The Last Witch Hunter. Much like Dracula Untold and I, Frankenstein, this film can never decide whether it wants to be taken seriously, or just serve up some campy fun. In the end, it fails miserably on both levels.

Vin Diesel once again demonstrates his incredibly limited acting range as Kaulder, the last witch hunter in question. Of course it’s never really explained why this last witch hunter can’t just enlist more witch hunters, but we’ll be here all day if we discuss every plot hole. 800 years after being cursed with immortality by the dreaded Witch Queen, Kaulder learns that a new plague is rising in New York City. On his journey to save humanity, our hero gets some assistance from a young priest, played by Elijah Wood, and a young witch, played by Rose Leslie. Kaulder is also hell-bent on finding the ones that cursed his closest ally and friend, played by Michael Caine.

You’re probably wondering right now how an actor from The Lord of the Rings, an actress from Game of Thrones, and frigging Michael Caine ended up in this dreck. It makes about as much sense as Sir Ben Kingsley starring in Uwe Boll’s BloodRayne – but to give The Last Witch Hunter credit, it’s a step up from any of Uwe Boll’s movies. Well, maybe more like HALF a step up from Uwe Boll territory. Let’s just say that it’s about on par with a Syfy original movie. In other words, it’s still pretty abysmal.

The only thing that saves The Last Witch Hunter from being bottom-of-the-barrel fantasy is its cast. Almost everybody here seems to know that they’re in a dopey flick. While nobody’s bringing their A-game to the table, at least they try to inject some soul into the picture. An occasional wink to the camera isn’t enough to save The Last Witch Hunter, though. The only way this movie could’ve worked is if it had gone completely over-the-top like one of Diesel’s Fast and Furious movies.

It might have also helped if Guillermo del Toro had taken over as director for Breck Eisner. Through the Hellboy films, Pacific Rim, and Blade II, del Toro has proven that he can add great humor, style, and passion to the silliest of premises. There’s absolutely nothing about The Last Witch Hunter that stands out, however. It’s all too retrained and straightforward, making any of the Underworld movies look ambitious by comparison. The premise is stale, the production values are recycled, the characters are wooden, the CGI is horrendous, and the plot makes no sense whatsoever. Watching it, you get the sense that almost any fanboy in the audience could make a more entertaining movie.

Much like Dracula Untold and I, Frankenstein, The Last Witch Hunter can never decide whether it wants to be taken seriously or serve up some campy fun. In the end, it fails miserably on both levels.

Movie Review: ‘The Fate of the Furious’

Movie Review: ‘I Don’t Feel at Home in This World Anymore’