REVIEW – Jackman’s mutant powers can’t save ‘The Wolverine’ from its disappointing third act. 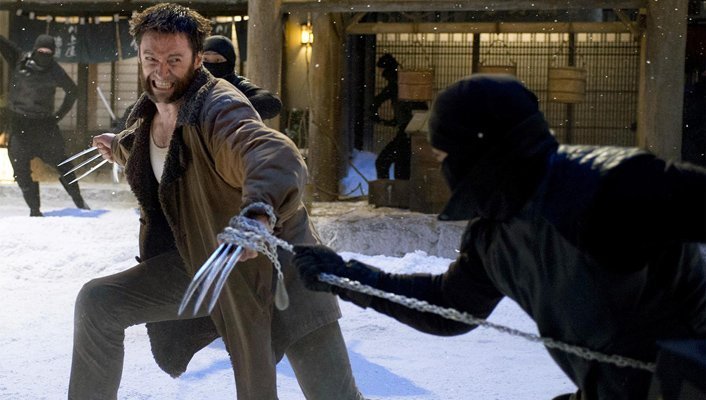 [pullquote_left]A slowly paced character study about a man who has lost his place in the world.[/pullquote_left]In the summer of 2000, legions of comic book fans saw their wishes granted as Bryan Singer’s X-Men proved that comic book characters could make a successful leap to the big screen. Not only did this film kick off the movement that helped bring us The Dark Knight and The Avengers, but it also launched the Hollywood career of Australian actor Hugh Jackman, who breathed life into arguably the most famous X-Men character of all.

The Wolverine marks Jackman’s sixth outing as the nearly indestructible mutant, and his second solo film. Set years after the events of X-Men: The Last Stand, Logan is living in self-imposed exile somewhere in the Canadian wilderness. He has severed ties with his former teammates and spends his days huddled around a campfire, trying to drink away his memories of Jean Grey (Famke Janssen) and her death by his own hand.

[pullquote_right]Jackman’s somber, brooding performance is his best embodiment of the character yet.[/pullquote_right]Tracked down by the young apprentice (Rila Fukushima) of a wealthy businessman (Haruhiko Yamanouchi) with ties to his past, Logan finds himself headed to Japan to pay his respects to an old friend. Facing his past will also mean confronting some difficult truths about himself and the man that he has become, as well as being faced with his own mortality – a reality that he never envisioned, but might be able to achieve thanks to the experiments of a brilliant biochemist (Svetlana Khodchenkova).

For the first hour and change, The Wolverine is a slowly paced character study about a man who has lost his place in the world, a man stricken by grief and regret, a man searching for peace. Jackman’s somber, brooding performance is his best embodiment of the character yet, and he pours tremendous emotion into the role, particularly during scenes featuring his former love.

[pullquote_left]Director James Mangold brings a new layer of humanity to the flawed antihero.[/pullquote_left]Regrettably, during the last thirty minutes or so we’ve given a painful reminder that this is still a studio film, and the studio still requires their comic book movies to have plenty of unnecessary plot twists, stilted dialogue, and effects-laden action sequences. The climactic fight feels like it belongs in a different film altogether, and Jackman’s growls and grimaces as he squares off against a laughable iteration of a classic comic book villain aren’t enough to keep us invested in the onscreen events.

The Wolverine is a good film – not a great film, but a good film, and worth the price of admission for the first two acts alone. Director James Mangold brings a new layer of humanity to the flawed antihero and makes a valiant effort to erase the horrible memory of Wolverine’s previous solo adventure, but ultimately falls a bit short of the goal line.