REVIEW – ‘The Conjuring’ summons plenty of familiar but effective scares. 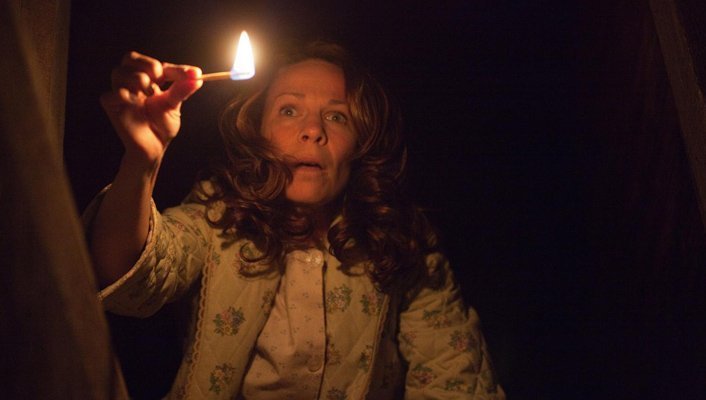 The Conjuring, from Insidious director James Wan, delivers more scares in its 112-minute running time than the majority of horror flicks have delivered over the past year. It follows controversial paranormal researchers Ed (Patrick Wilson) and Lorraine Warren (Vera Farmiga) as they investigate the haunting of a remote farmhouse, and claims to be based directly on information obtained from the Warrens’ private files.

The phrase “based on a true story” should always be taken with a bit of skepticism, but The Conjuring paints a vivid picture of a house with a long history of violent events (most of which can be verified with a Google search), and the subtle paranormal occurrences slowly dial up the tension, relying much more on the audience’s imagination to magnify their fears, rather than spoonfeeding the viewers every miniscule detail.

Ron Livingston and Lili Taylor are effective as the haunted couple, although Taylor’s performance flirts with absurdity in the third act, and the children (including The Dark Knight Rises alum Joey King) all seem convincingly terrified. Things get a little too Hollywood during the climax, which is something of a letdown, but this doesn’t completely diminish enjoyment of the film as a whole. Sure, there are variations of things we’ve seen before in countless interpretations, but Wan and his team manage to make the experience feel fresh and inspired.