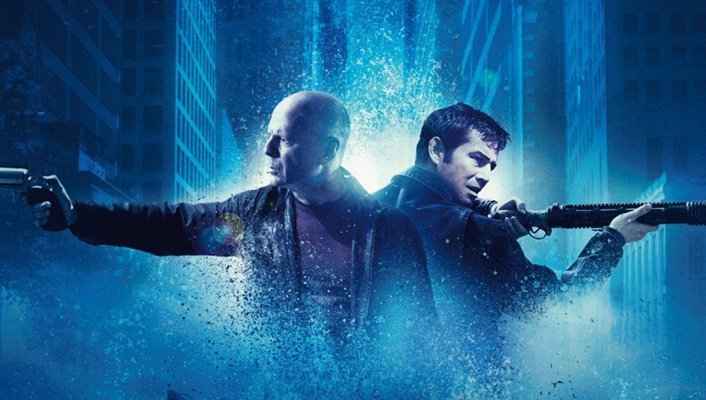 When time travel is finally invented late in the 21st century, it will become outlawed almost immediately, and will be used covertly by organized crime syndicates to carry out murder contracts. Targets will be sent thirty years into the past where specialized assassins, called “loopers,” will be waiting to pull the trigger and dispose of the body. No evidence, no murder, no problem.

Joe (Joseph Gordon-Levitt) is the youngest looper ever hired, and enjoys the fast car and loose women that come with his lucrative profession. He’s also battling a drug addiction and stashing half of his earnings, hoping to get out of the business and out of the country. But when the mob decides to “close the loop” by sending Joe’s future self (Bruce Willis) back as his next target, Joe breaks the most important rule of all: never let your loop run. As young Joe tries to escape the ire of his boss (Jeff Daniels), his future self concocts a plan to change the events of the future, which puts him on a collision course with a young mother (Emily Blunt) and her 10-year-old son.

Directing from his own smartly written script, Rian Johnson coaxes stellar performances from every member of his cast. Even the most minor supporting roles are intriguing and fully realized, and Johnson establishes a tangible reality inhabited by believable characters. The time travel aspects of the film are handled extremely well, even when the waters become murky: as Joe’s boss tell him, “This crap fries your brain like an egg.” Not everything makes sense, but it doesn’t really have to. In a film this good, we’re more than willing to let a few things slide.