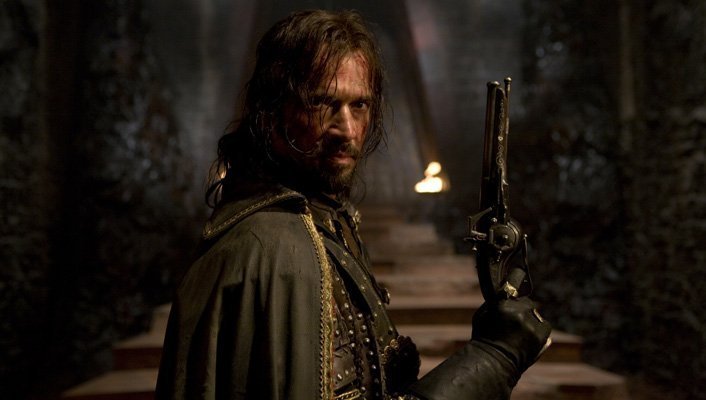 After a lifetime of greed and murder, Solomon Kane (James Purefoy) is forced to confront his own mortality when he discovers that the Grim Reaper has been sent to collect his soul. After narrowly escaping the wrath of Satan’s top lieutenant, Kane vows to abandon his wicked lifestyle and become a man of peace.

Unfortunately, it’s not easy for a peaceful man to find his place in a time of turmoil, and after refusing to defend himself against the evil forces that plague the land of his birth, Kane watches in horror as the sinister Overlord (Samuel Rorkin) slaughters a Puritan family and takes their eldest daughter (Rachel Hurd-Wood) as a prize for his master. Realizing that God may have another plan in store for him, Kane opts to take up arms once again and redeem himself by rescuing the girl.

While Solomon Kane is based on Robert E. Howard’s pulp novel hero of the same name, the film doesn’t adhere to any of the character’s previously established adventures, which allows the charismatic Purefoy to establish his own interpretation of the character while still remaining true to Kane’s origins. Writer/director Michael J. Bassett has crafted an intriguing adventure tale with stunning visuals and impressive special effects, and fans of the genre should go out of their way to seek out this hidden gem.