REVIEW – ‘Superman vs. The Elite’ 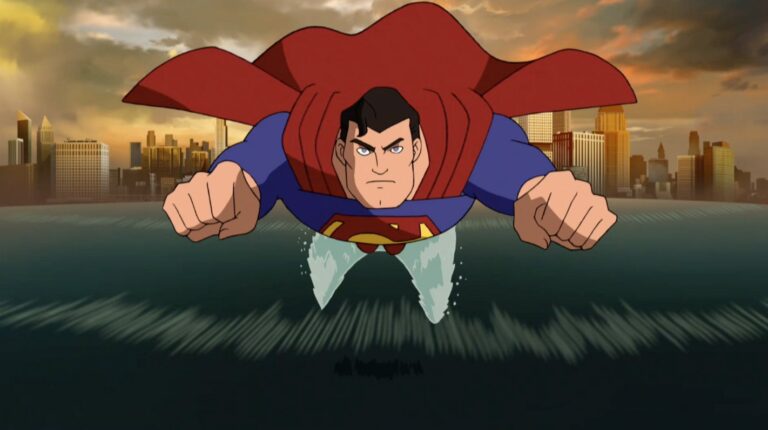 It’s not easy being a fan of Superman sometimes. Sure, his logo is one of, if not the most, recognizable icons on the planet and the character name of Superman is synonymous with human perfection. But in today’s culture Superman himself is scoffed at by most, and the average person tends to perceive him as boring and one-dimensional. They’ll argue that he’s not as complex and cool as Batman, or as flawed and violent as the X-Men, or as witty and hip as Spider-man. I myself have struggled at times to truly articulate the answer when asked why I like Superman by people that were not trying to insult me, but were genuinely curious about why I would have such a fascination with what seems like an icon of a bygone era.

DC Animation’s newest release Superman vs. The Elite embodies that question while also showcasing much of the answer to the relevancy of Superman, bringing to vivid life one of the best Superman character-pieces to be found in any animated or live-action form.

[pullquote_left]This is a film that focuses on what makes Superman tick.[/pullquote_left]This is a film that focuses on what makes Superman tick, with superhero spectacle being secondary. The story revolves around the debut of an extremely powerful new group of superheros calling themselves “The Elite,” a group that doesn’t hesitate to kill “the bad guys” in order to get the job done. Much to Superman’s shock, the public embraces The Elite and starts to view him as a relic from a different age of morality. It’s not a stretch to think real life society would react the same way, given the “kill ’em all” mentality many share for the worst offenders. Imagine if the most dangerous serial killers and terrorists (or in this case, supervillains) in the world were constantly captured and then escaped incarceration, endangering more lives in an endless cycle of violence.

These are big concept questions that make you test your thoughts on society and mirror the real life sentiment towards the superhero genre. Kinda hard to side with Superman’s moral policies on this one, right? And yet, most people know in their hearts it’s not their place to take another’s life. It’s a huge moral quandary and that, to me, is what makes Superman a complex and interesting character dealing with almost impossible expectations.

These ideas and the portrayal of how Superman is trying to find his place in the world are what set this film apart from most of the other DC Animated films that feature him. There are some truly great character moments, including Superman watching a cheesy cartoon of himself doing an old-school style PSA against crime and realizing his likeness is being used as a lame parody. How can anyone take him seriously anymore? And more so, how can he expect those he faces to do the same? How far will he go to prove there’s always an alternative to killing? It all plays out in some pretty tense standoffs where the dialogue is every bit as exciting as the action.

The cast isn’t as star-studded as we’ve come to expect for the DC Animated films, but certainly isn’t lacking in talent. George Newbern (Justice League: Unlimited) reprises his role as Superman alongside Pauley Perrette (NCIS), a newcomer to role of Lois Lane, and both are naturals. Perrette has a great voice for Lois, providing some of the better dialogue delivery of any animated version to date. Newbern is great as always, and has become the obvious actor of choice if Tim Daly isn’t filling the big red boots. Voice actor Robin Atkin Downes takes on the role of conflicted, out-of-control super-powered Manchester Black, and does a bang-up job. Black is a layered character that dances back and forth so tightly on the line of good and evil, and the role really demanded that subtle likability to pull off the bombastic things Black does, such as delivering a monologue to Superman and the general public about his punk rock superhero manifesto on crime-fighting. This is the kind of thing that could’ve really killed the film’s momentum, but Downes handled it beautifully.

[pullquote_right]The film takes awhile to finally let loose, but the climax pays off in epic style.[/pullquote_right]The movie does suffer some drawbacks, due to its pacing and scattered use of action scenes, but part of that can be attributed to the weighty topics it tackles. The climax certainly pays off in epic style, but the film does seem to take awhile to finally let loose. Also, the character designs are bit goofy, especially with Superman himself, and everything looks a bit different from the styles we’ve grown accustomed to from DC Animation. On top of that, outside of Manchester Black, The Elite are pretty forgettable as characters, save for a few nifty things they do in fight scenes.

Superman vs. The Elite continues the tradition of excellence set forth by DC Animation and is a welcome change of pace from their normally large-scale events. The story is heartfelt and complex and certainly goes out of its way to make the main characters fleshed out and relatable. It’s a must-watch for Superman fans and a good introduction for those curious about the deeper levels and intricacies that have allowed the Superman character to stand the test of time.