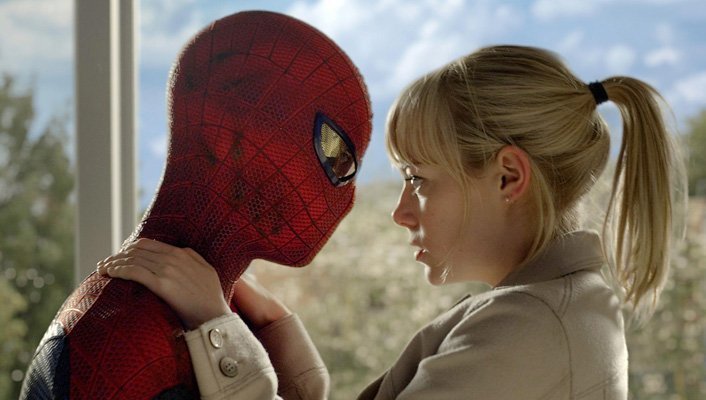 The Amazing Spider-Man can’t seem to catch a break – and no, I’m not talking about the down-on-his-luck superhero himself. Not only is Sony’s attempt to reboot the beloved franchise struggling to find its place in a summer that boasts the two biggest comic films ever, The Avengers and The Dark Knight Rises, split reaction from critics seem to indicate that Marc Webb’s new vision will have a long uphill battle against the Sam Raimi Spider-Man flicks. But if you shed the baggage of the previous trilogy, I think you’ll find The Amazing Spider-man is a pure of heart tale that captures the true essence of Peter Parker’s world for the big screen audience.

I’ll start out by declaring my absolute love for the universe Webb has created with this film. The characters are more intelligent than you’ll find in most superhero films, New York feels like a real place and not some overblown caricature, and Spider-Man himself is finally as witty and funny as his comic book counterpart. There’s an overall feeling of realism throughout the film, down to the little details like Spider-Man carrying a backpack while swinging through the city, and everything seems grounded in a world the audience can understand and relate to.

Much has been made of how little time has passed since the release of Raimi’s original film, but this argument seems a bit unfair, especially when the source materials are built upon mythologies that have been retold and reinvented countless times at your local comic shop. The Amazing Spider-Man absolutely vindicates its existence, and to be quite frank, tells the origin better than Raimi’s film. There are a few scenes that feel like unnecessary retread, but the major parts of the origin are beautifully recrafted in a fresh but faithfully clever fashion.

I will always have a place in my heart for Tobey Maguire’s portrayal of Peter Parker, but the casting of Andrew Garfield and his chemistry with Emma Stone’s Gwen Stacy are the core that make this movie work. Garfield is the version of Parker that would exist in today’s society, an intelligent and awkward kid that just blends into the background wanting to be unnoticed – not some corny outdated version of the stereotypical nerd. Webb spends much of the movie developing his character out of costume, and Garfield really wins you over thanks to a truly believable connection with Stone, who is an absolute breath of fresh air here. The rest of the summer popcorn flicks have featured bland, underwritten female characters, but Gwen is quick-witted and cute, and the perfect match for young Peter. Her intelligence finds her constantly ahead of the curve, which allows the screenplay to circumvent the clichéd “secrets and lies” scenarios we’ve seen in far too many superhero films, making her infinitely more interesting than Kirsten Dunst ever was as Parker’s love interest.

Rhys Ifans is quite good as Curt Connors, but unfortunately it feels like the character is a bit shortchanged on-screen time. It would’ve been nice to see more of his mentor relationship with Peter and Gwen so you felt more sympathy for Peter when Connors finally transforms himself into The Lizard. Martin Sheen and Sally Fields also do a wonderful job stepping into in the roles of Uncle Ben and Aunt May, bringing us a more relatable version of the characters, but my favorite addition was Denis Leary as Captain Stacy, a steadfast but loving father intent on bringing Spider-Man to justice. Rather than just a one-note antagonist, Stacy is shown as a complex character forced to make some very difficult decisions, and it’s easy for the audience to sympathize with his position.

The main drawbacks of The Amazing Spider-Man stem from the last act, where the film drops its character piece vibe and skews into territory that feels like it belongs in the previous trilogy. Practical web-swinging effects and emotional interactions are abandoned for CG and corny feel-good moments that reek of an attempt to please fans expecting something more familiar. This isn’t a dealbreaker, by any means, but it certainly could’ve been handled better.

As a fan of Spider-Man, there’s a lot to gush about in this film, and in many ways it’s the complete opposite of its Marvel counterpart, The Avengers. This is a character-driven indie film wrapped in superhero spectacle that is almost more interesting when the characters are out of costume. The film has some flaws and rough edges and certainly isn’t perfect, but it feels like a very different film than anything else released this summer. The Amazing Spider-Man somehow manages the thankless task of rebooting a beloved franchise and providing a new experience while staying true to the spirit of what made audiences fall in love in the first place.

SECOND OPINION
With smartly-written dialogue and inventive action sequences that feel ripped straight from the pages of a Marvel comic book, The Amazing Spider-Man is the antithesis of the original Spider-Man trilogy. The camp and goofiness that permeated Raimi’s films has been replaced by complex characters and emotional weight that allow audiences to connect with Peter Parker on a whole new level, and the film reinvents the Spider-Man mythology for a new audience, much in the same way Batman Begins injected new life into the Caped Crusader. This is the Spider-Man film you’ve been waiting for.
4.5 stars
— Brent