REVIEW – ‘The Cabin in the Woods’ 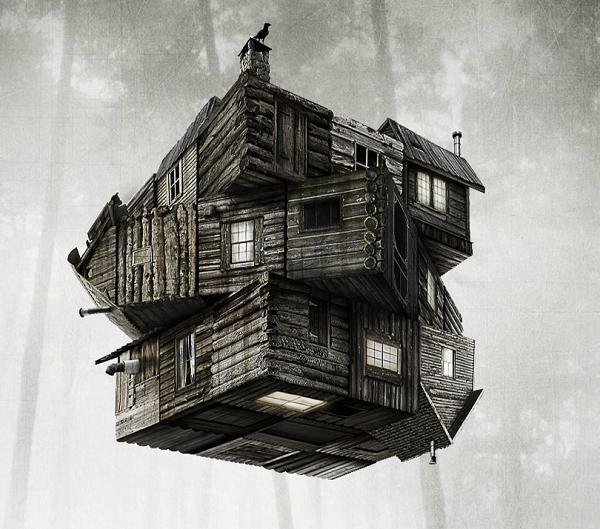 Friday the 13th is widely considered by the superstitious to be unlucky and rife with bad happenings, so it’s ironic that the release of the long-awaited The Cabin in the Woods lands on such an occasion. As it turns out, the release brings nothing but good luck for film fans because Drew Goddard and co-writer Joss Whedon have crafted an absolute blast of a movie experience in one of the most clever and entertaining horror films in a very long time.

First off, the most important part of viewing this film is staying spoiler-free. Director Drew Goddard stressed this in our interview and he’s not kidding because the surprises, notably in the third act, are jaw-droppingly cool. It’s actually quite an impressive feat that a movie that was finished three years ago still hasn’t been completely spoiled all over the interwebs, so why ruin it for yourself now? Here’s what I can tell you about the film: A group of college kids decide to spend a weekend at a cabin that just so happens to be in the woods. I know, now I’m being a smartass. But you’ll thank me.

There’s so much to like here, including the surprise of how darkly funny the film turned out. Whip-smart and hilarious dialogue written from two of the best genre writers around is delivered with genius comedic precision by the likes of the fantastic Bradley Whitford and Richard Jenkins in roles I’ll keep unspecified. The young cast, led by a pre-Thor Chris Hemsworth, also becomes exceedingly more loose and entertaining as the story envelops them and begins to toy with their characters. The film is very self-aware and has shades of the original Scream mixed with Evil Dead 2 while still managing to be totally different from those films, and unlike anything that has come before. Also for Whedon-ites like myself there’s quite a few chuckle inducing cameos by Whedon alumni spread throughout to make your inner geek go giddy.

Goddard has done a bang-up job in his first directorial effort. I’ve long been a fan of his writing on series like Buffy, Angel, Alias and LOST and the themes of this film could easily have gotten out of control with so many different shifts in tone, but Goddard reigns in all the crazy into one wacky but cohesive story and coaxes good-to-great performances from all cast members, showing a level of poise not often seen in first time directors. I’d have loved to be a fly on the wall for conversations between Goddard and Whedon because the love for the material is evident and infectious, like seeing the results of a couple of kids sitting around on a sugar high pitching their ideas for the best horror film ever.

[pullquote_right]Should immediately be near the top of every nerd’s must-see list in 2012.[/pullquote_right]This is a pretty special film and should immediately be near the top of every nerds must-see list in 2012. Even non-horror fans will have to respect the level of creativity and originality that went into crafting this crazy inventive tale. The Cabin in the Woods is full of screams, laughs, intelligence, twists and impressive effects resulting in a modern horror classic that no doubt will amass a rabid cult following, if not legions more.

SECOND OPINION
I wasn’t quite sure what to expect when I walked into this screening, but I certainly didn’t expect to have this much fun. With its absolute refusal to play by the rules or follow conventional horror movie traditions, The Cabin in the Woods is one of the most original films to hit the big screen in a very long time. There’s something here for everyone, but horror fans will enjoy the frequent nods to some of the genre’s most memorable films, a distinction which Cabin will no doubt be enjoying for years to come as it takes its rightful place among the legends that have come before.
4.5 stars
— Brent