REVIEW – ‘The Hobbit: An Unexpected Journey” 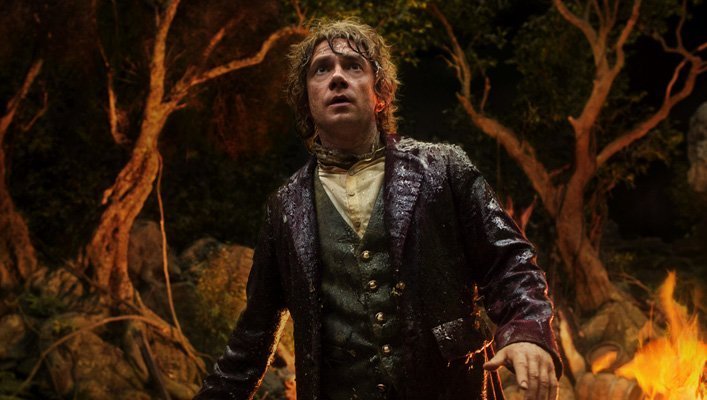 It’s been a long journey, but Peter Jackson and his production team have finally returned to Middle Earth, and the fruits of their labors are upon us this weekend with the release of The Hobbit: An Unexpected Journey, the first of three films adapting J.R.R. Tolkien’s classic novel. Taking place some 60 years prior to the events of The Lord of the Rings, the story follows the adventures of a young Bilbo Baggins (Martin Freeman) as he joins up with a company of dwarves led by the legendary warrior Thorin Oakenshield (Richard Armitage) to defeat the fearsome dragon Smaug.

The Hobbit: An Unexpected Journey is the first film to be released in the new HFR 3D format, and the level of crispness and clarity this brings to the experience is unprecedented. Viewers will likely spend a good fifteen minutes adjusting to the smoothness of the onscreen image, but it certainly allows for a level of immersion unlike anything ever seen before. However, this format is also the film’s undoing, as the incredible detail allows for shoddy makeup effects and subpar CG to be far more noticeable than they should be.

While each of the lengthy books in the Rings trilogy were greatly edited and condensed in an effort to streamline the film experience, it feels as though the opposite approach has been used here, especially when taking into account the fact that The Hobbit, as a novel, is shorter than any of Tolkien’s other works. The film is poorly paced, with endless expository conversations and far too many glory shots of the company walking… and walking… and walking some more. By the end of the bloated 170-minute runtime, it becomes painfully apparent that the decision to expand this adaptation into a trilogy was not made in an effort to service the narrative, but rather to generate more box office revenue.

The other glaring issue with the film is that, as the first part of a trilogy that also serves as a prequel to the Lord of the Rings films, the audience already knows that Bilbo Baggins will survive, which removes any sense of peril or danger from the numerous action sequences. While there is plenty of onscreen action to appreciate, the audience never becomes fully invested in the idea that Bilbo could truly be in jeopardy, because his fate is already a foregone conclusion.

Despite its shortcomings, Rings fans should find plenty to love here, including cameos by several prominent cast members from the existing trilogy, and some truly breathtaking cinematography. Tighter editing and consistent pacing would have resulted in a much better film, but even though the journey in question may be flawed, it’s still an enjoyable one.

The Hobbit is a warm and welcome return to the beloved realm of Middle Earth that is as stunning to look at as it is filled with stellar performances by the returning vets as well as the new cast members. The film is made for Tolkien fans by a Tolkien fan, which sounds good in theory, but in this case is part of the mild shortcomings inherent as much of the first half of the this very long film is unnecessary time filler (this coming from someone that loves every minute of the LOTR extended editions) that will leave casual fans waiting for the story to pick up. In addition, the light tone of the source materiel remains intact on screen, resulting in much more unwanted slapstick humor that makes for an uneven tone. The good news is that this film proves Peter Jackson still has what it takes to set the stage in the Tolkien cinematic universe he created, resulting in a really, really good movie that never reaches the lofty excellence of the original Lord of the Rings trilogy.