Editorial: On videogames and violence. 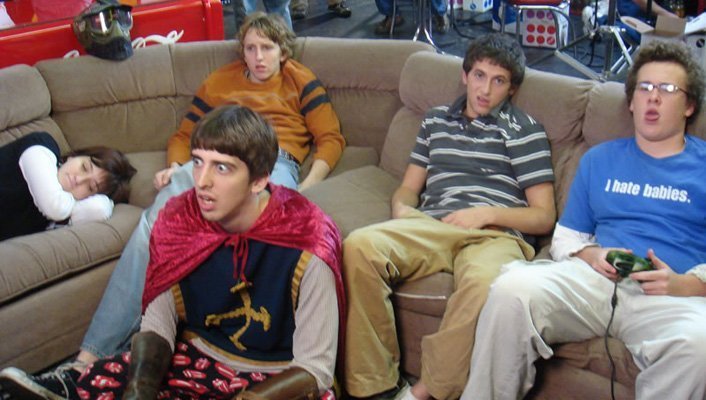 The events that transpired in Connecticut on Friday, December 14th 2012 were tragic. If anyone argues that fact, please punch them directly in the dick. But while many sit and say “it’s too soon to debate subjects involved with the shooting in Newtown,” I say “Talk. Talk now, before your brain keeps you from caring about the deaths of 20 innocent children. Talk while you’re fired up, talk while you’re ready to go. Talk while you still remember what it feels like to turn on the TV and see footage of postmortem chaos on every channel. Debate now, while you still give a shit.”

Because come January 1st, the only people who will still be affected by this are the actual families involved with the shooting. Don’t believe me? How many of you still have the Aurora shooting “Batman Ribbon” picture as your profile image on Facebook? Yeah, I thought so. While this isn’t really the website to discuss gun control, mental health, or school safety topics, the local and national news networks have brought the fight to us here at the Nerd Repository.

Chances are, if you have a pulse and you haven’t been living in abject squalor your entire life, you’ve picked up a video game controller at one point or another. If you don’t have opposable thumbs, you’ve at least helped some birds be angry, aligned some jewels, or drew something for a friend on your phone. For some reason, however, the US media has decided to put some of the blame for last week’s tragedy squarely on the shoulders of violent video games.

Like the shooter – whose name I won’t mention, because fuck that guy – I spent a good chunk of my youth planning and attending LAN parties. Long before I was in my teenage years, I pressed Back, Back, Low Punch on my Sega Genesis controller to throw a harpoon into another dude’s chest and yank him across the screen more times than I could possibly begin to count. There are achievements in Left 4 Dead for killing an absurd amount of the undead with guns. My Steam profile keeps a record of how many headshots you’ve managed to land and how accurate I’ve been.

According to this article, 97% of the population of this country between the ages of 12 and 17 plays video games. That is a large amount of people. A very large amount, considering there are 300 million people in this country, and a large amount of those kids won’t just stop playing their X-Box when they turn 18. Which brings me to point 1:

With 300 million people in the US and a large portion of them playing video games, of which a good chunk are violent in some way or another, if violent video games actually caused violence, there would be mass murder on an apocalyptic scale. The streets would run red with blood.

Instead of hypnotizing me into a state that causes me to march down the sidewalk pumping rounds into anything that moves, my gaming days have done a few key things for me:

1. Brought me closer to my friends from high school. We still game online sometimes when our real lives aren’t too cluttered. I’ve also met incredibly cool people during my time playing video games online who I still keep in contact with, even a decade later in some cases.

2. Helped me learn to cope with my colorblindness. No, really. It can be pretty bad sometimes, and learning to make a differentiation between light blue and light purple in fast-paced shooter Planetside 2 has helped me figure out what to look for outside of gaming.

3. According to this National Geographic article, it’s helped me with my hand-eye coordination, which would explain why I can catch a beer bottle as it goes rolling off of a counter top when I’ve only seen it with my peripherals… drunk.

Do you notice what isn’t on that list? A desire to murder real human beings. I’ve never once wanted to physically harm another person, regardless of what my attempts at comedic hyperbole on this website have stated. I’ve never once had a gut reaction of “KILL HIM” when I’ve seen something happen on the news, or in person. I’ve never once wished any harm upon people, even if they straight up mugged me in Philadelphia where I grew up. If anything, the video games I’ve played have allowed me to process the ramifications of death and destruction far more than anything else in my lifetime, so I can avoid situations where I’d have to witness them firsthand – an effect I’m apparently not alone in.

To be completely honest, we live in an entire culture based on violence. “I’m a hippie, I love everything, that’s bullshit!” you say?

2. It’s thought to be too risqué to display a woman’s breasts in public while she breastfeeds, or feature a nude love scene in a film without immediately slapping it with an R rating. But Hollywood considers having the Jigsaw killer force what I’m assuming is five dozen people by now (how many of those fucking terrible Saw movies are there? I lost count) to cut their own limbs off, and we call that entertainment. You can show Charlie Hunnam murdering an entire group of people with a handgun in any given episode of Sons of Anarchy, but Winter Ave Zoli has to keep her knockers covered up or there will be a Standards and Practices shit show.

We, as a nation, are desensitized to violence because it surrounds us in every facet of our daily life. How pathetic is it that in America, we consider taking lives to be more acceptable on television than creating life? How is it okay for our news networks to show images of violence, both foreign and domestic, around the clock and then point the finger at other forms of media for causing that violence? Why is it okay for them to glorify mass murder and then blame my Playstation 3? Maybe it’s because the people who started this nation were a group who thought that murdering a bunch of innocent women for being “witches” was just peachy, but that you should be modest in the way you dress and never talk about sex.

It’s something to discuss, and to resolve, before something like Sandy Hook happens again. Maybe we’ll be a little more prepared next time to deal with the situation. I welcome any reader to discuss this with me if they want. Use the comment board below, or if you’d rather engage in a one-on-one discussion, my contact information is in the “About the Nerds” tab in the upper right.