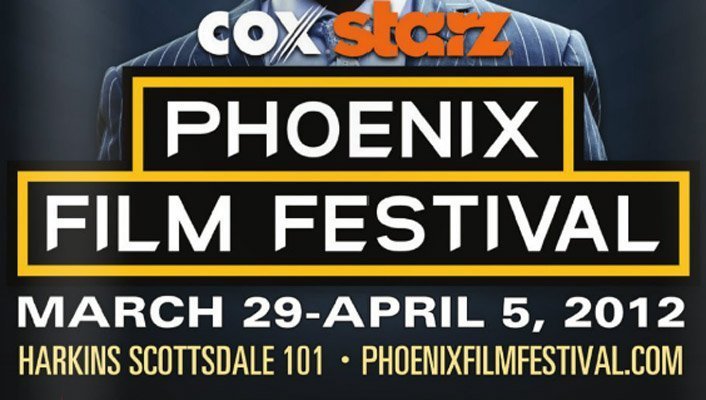 The Phoenix Film Festival is preparing for its 12th annual run, kicking off on Thursday, March 29th, and continuing through April 5th. With more than 150 film screenings throughout the 8-day extravaganza, film enthusiasts won’t want to miss out on this opportunity to experience some of the best foreign and independent films of the year.

The Nerd Repository will be on hand to screen a number of selections from the festival – here are the ones we’re looking forward to:

Set in the near future, a curmudgeon Frank (a retired cat burglar) has two grown kids who are concerned he can no longer live alone. They are tempted to place him in a nursing home until Frank’s son chooses a different option: against the old man’s wishes, he buys him a walking, talking humanoid robot programmed to improve Frank’s physical and mental health. What follows is an often hilarious and somewhat heartbreaking story about finding friends and family in the most unexpected places.

After receiving a mysterious postcard, directionless pizza delivery guy Elliot Knight decides to attend his high school reunion in Texas and make amends with Sonny Bosco, an old friend he once wronged. Once there, Elliot reunites with his fraternal twin brother, ne’er-do-well Calvin, their timorous former pal Gary Noble, and the gorgeous Eden Mercer (played by Friday Night Lights star Minka Kelly), the love of just about every classmate’s life. When the guys discover that Sonny is missing under mysterious circumstances, their investigation turns meta when they realize that everything happening seems eerily similar to a play they performed in high school – a play Sonny wrote.

In this throwback to the original 1966 Batman movie, FDR rides a “wheelchair of death” to stop the world from werewolves who carry the polio virus, including werewolf versions of Hitler, Mussolini, and Emperor Hirohito.

Jack (Furlong), a once successful screenwriter trying to overcome his new reputation as “Jack the Hack,” arranges to be locked inside a meat cooler in an attempt to cure his writer’s block. As the temperature falls and his frenzy rises, Jack finds it more and more difficult to distinguish between his work and his present situation. Is he writing the best script of his career, or is he losing his mind?

A Mile in His Shoes

Only a miracle can help baseball coach Arthur ‘Murph’ Murphy (Dean Cain) and his losing minor league baseball team. As Murph sets out to recruit new talent for the team, he stumbles upon Mickey (Luke Schroder), a young farmer with an incredible pitcher’s arm. However, Mickey’s parents are reluctant in allowing him to join the team because he has Asperger’s syndrome, a form of autism. Murph convinces Mickey’s parents that life in the minor league will benefit their unique son, but he doesn’t realize just how much his new recruit will help the team s game and, more importantly, their spirit. Based on a true story, A Mile in His Shoes is an inspirational film that celebrates faith, determination and the power of friendship.

The Woman in the Fifth

American writer Tom Ricks (Ethan Hawke) arrives in Paris to be closer to his young daughter who is living with his estranged ex-wife. Completely broke, he accepts a job as a night guard for a local crime boss. Stationed in a basement office, his only task is to push a button when a bell rings. The tranquility of the night, he hopes, will help him focus on his new novel. His days become more exciting when he starts a romance with Margit (Kristin Scott Thomas), a mysterious and elegant widow who sets strange rules to their meetings: she will only see him at her apartment in the fifth arrondissement, at 5 pm sharp, twice a week and he should ask no questions about her work or her past life. When people suddenly start dying around Tom, he begins to believe that a dark force has entered his life, punishing anyone who has recently done him wrong. After the police accuse him of murdering his neighbor, Tom tries to use his weekly visits to Margit’s apartment as an alibi, only to find out that she hasn’t lived at this address for the past 15 years.

Ashley is in his late-twenties, Holly is in her early-twenties. They’re both very much lost in their individual quarter-life crises. Ashley quit his job to travel in search of clarity. He ventures to his childhood home with plans of breaking-and-entering for the nostalgic rush. Along the way he meets Holly, who, after a short-lived relationship with her restaurant manager, also finds herself jobless and aimless. The film chronicles Holly and Ashley’s brief commiseration as grown-up children stumbling through life’s final bout of growing pains.

Living in a fantasy era long gone and obsessed with old time country stars, the prettiest girl in a small Arizona town finds a lost iPod filled with songs that speak to her sensitive heart. Jolene Gillis is convinced the owner is her soul mate and she is shot down the rabbit hole and into a surreal adventure of mistaken identities, ATVs, line dancing competitions, kidnappers, time machines and doppelgängers. From the untamed minds of filmmakers Ryan Page and Christopher Pomerenke comes one of the most highly anticipated films of 2012. Queens of Country stars Lizzy Caplan, Ron Livingston, Joe Lo Truglio, Matt Walsh and Maynard James Keenan.

If I Were You

Madelyn (Marcia Gay Harden) is a successful, self-possessed, middle-aged businesswoman – until she finds out that her husband’s late nights at work are actually intimate dinners with a sexy young aspiring actress, Lucy (Leonor Watling). When Madelyn starts stalking this new mistress, she witnesses what she thinks might be the beginnings of a suicide attempt and ends up talking her down. While Lucy is ignorant of Madelyn’s true identity, the two form a bizarre pact with unforeseen consequences. Matters are complicated further by an amorous coworker and an encounter with a handsome stranger (the ever delectable Aidan Quinn). With pitch-perfect chemistry between odd couple Harden and Watling, a fine supporting cast, plenty of laughs, and a few pearls of wisdom, If I Were You is a charming look at the unexpected places that life can take us.

Annie (Jennifer Blanc) finds her life in jeopardy after she’s witnessed the horrific rape and murder of her closest friend. Fleeing from two attackers (Ryan Honey, Denny Kirkwood) she stumbles across kyle (Michael Biehn), a recluse living in the middle of the woods. Kyle finds the stillness of the woods comforting. The ruggedly handsome loner stays far from civilization – that is – until a single knock on his door throws his solitary life into chaos. Two worlds collide in this psychological thriller that will make you question your trust in mankind.