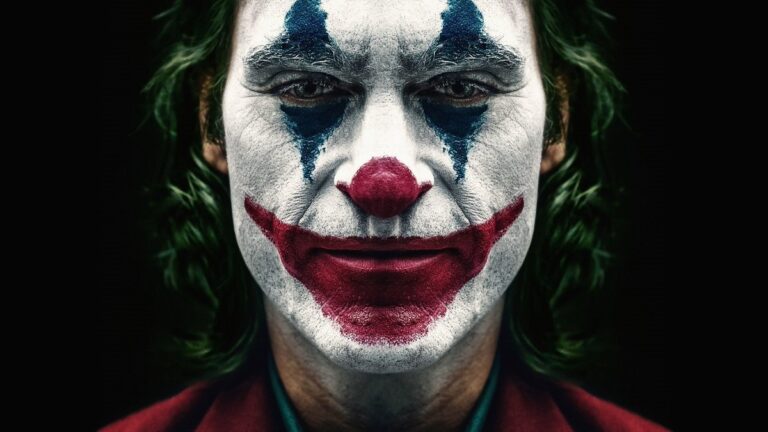 No film in 2019 has been or will continue to be as hotly debated and divisive as Joker, starring Joaquin Phoenix in the title role — and rightfully so. This beyond dark and unsettling origin story of the comic book villain boasts a mesmerizing performance from Phoenix, but has far too many concerning issues to be the masterpiece some expected.

Joker is the tragic tale of the mentally ill Arthur Fleck as he painfully loses his sanity from a mixture of disabilities and a society that continues to beat him down. Whether it’s his ailing mother (Frances Conroy) that swears the upper class icon Thomas Wayne (Brett Cullen) will save them, or his inability to maintain his job as a clown to make ends meet, his downfall is unnerving from start to finish.

Phoenix puts in a career-defining performance as the skeletal framed Fleck and remains a captivating presence throughout every moment. Unfortunately, the tale is so bleak and without levity that the experience is utterly exhausting, while also propping him up as a pseudo-hero, despite claims otherwise from the filmmakers. Even our screening audience was confused whether they were supposed to laugh or be uncomfortable — the answer was always the latter.

Bat-mythology characters meant as moral compasses, such as Thomas Wayne or what was presumably Alfred Pennyworth are presented without redeeming factors, leaving Fleck as the only character with which audiences are supposed to sympathize. Robert De Niro’s somewhat jovial late night talk show host even ends up being hateable by the end, once again seeming to justify Fleck as a victimized hero. In a story trying to show the effects of mental illness and the dangers inherent, there are no real shades of gray in Joker but rather only bad people and sick ones — a scary precedent.

Surprisingly, the film uses restraint in its display of violence and uses very little gore or body count to embody the horrors it inflicts. Phillips’ direction uses only a few major scenes where Joker openly kills his victims, but they are so disturbingly raw, real and simple that they will chill viewers to the bone.

For better or worse, Phoenix and Phillips clearly wanted to do their own take on Taxi Driver and created something that arguably goes even a step further and then slapped the Batman mythology on top as a skin. Fleck didn’t need to be the Joker in this flick, and the attempts to connect this story into the larger, more well-known Batman mythos are easily the clumsiest parts of the film. I take no umbrage with the notions of an “Elseworlds” style origin retelling, and this one has some truly interesting ideas for Joker, but casual audiences wanting a Batman story will be barking up the wrong tree.

Visually, Phillips certainly can’t be faulted for his work with the film being fantastically shot with plenty of powerfully framed scenes. I don’t condone the unhealthy amount of weight Phoenix lost for the film, but Phillips certainly got everything he could out of the terrifying look in the physique of the character. The final sequence of the film is also a terrifically orchestrated bit of chaos in the streets, short like a guerrilla style fever dream.

Joker is an impressive achievement on many levels, but the sloppy mixed message of the film and the near torturous dread of the entire outing leave very little entertainment to be had. Although Phoenix absolutely deserves the Oscar buzz he’s garnered for his performance, the product as a whole doesn’t leave a smile on you face, but rather a pit in your stomach.