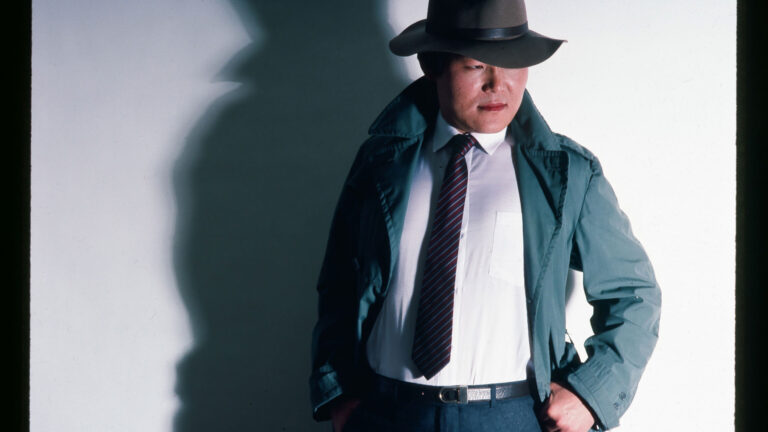 Growing up in a small town in rural Indiana, my exposure to Hollywood came almost exclusively from VHS tapes. My parents weren’t particularly interested in going “to the shows” at the theater in the next town, but I still remember my father’s excitement when he brought home a VCR (kids, you can Google this) so we could watch a copy of Ghostbusters that an acquaintance had recorded from one of the cable networks. Much of the films that defined my youth were consumed in this way, including slasher films like Friday the 13th and A Nightmare on Elm Street, and my all-time favorite, Back to the Future.

It wasn’t until a pair of video rental stores opened up in my small town that I began to broaden my horizons. Both were within biking distance of my childhood home and offered a variety of movies that far exceeded the sort of films that would air on HBO and subsequently be passed around, eventually making their way into the hands of my folks. No longer would I need to wait for hand-me-down recordings; Hometown Video and Volume 1: Video Depot would henceforth provide a direct conduit to all things cinema. The latter location would eventually become my place of employment during my teenage years, which coincided with the indie film boom and introduced me to the likes of Quentin Tarantino, Richard Linklater, Paul Thomas Anderson and Kevin Smith — not to mention connecting me with another employee who remains my closest friend and confidant some three decades later, and who covers the Sundance Film Festival with me every year.

So when filmmaker David Redmon talks about the profound effect of movies on his own life during the opening moments of Kim’s Video, I understand. Granted, my own obsession never quite reached the heights that Redmon describes (some almost certainly for comedic effect), but had I been living in New York City during the period where the titular rental chain rose to prominence, I no doubt would have been just as drawn to it. Redmon’s documentary, directed alongside Ashley Sabin, charts the founding of Kim’s Video by Korean immigrant and businessman Yongman Kim in the late 1980s, and the legendary status it acquired amongst locals. That reverence came about due to Kim’s dogged pursuit of creating the largest and most eclectic collection of titles available anywhere, often resorting to less-than-legal means and placing bootleg films on the shelf right next to major releases, copyright law be damned.

But the rise of the digital age took its toll, and one by one Kim’s Video locations began to close up shop, until the last remaining store finally shuttered in 2008 and the entire collection of more than 55,000 items was donated to… a tiny village in Sicily called Salemi? Redmon and Sabin’s film not only explores this unusual development, but even finds the filmmakers traveling to Salemi in hopes of discovering the fate of Kim’s legendary trove, with Redmon irritating everyone from the local police chief to a member of the Italian parliament in the process. The doc’s playful tone is a good match for the increasingly “stranger than fiction” happenings, which include political corruption and an investigation into purported mafia ties, not to mention a third act development that couldn’t possibly have occurred in the manner in which it’s depicted — and yet we’re given no reason to suspect otherwise.

Kim’s Video is an immensely entertaining documentary, although Redmon’s frequent asides — where he tells the viewer “I felt like [insert character] in [insert movie]” and then splices in a clip of the character/movie in question — feel like more of an excuse for the filmmakers to flex their film history bona fides than a necessary narrative device. But it’s a small gripe, and not vexing enough to detract from the earnestness with which the film approaches its mission, nor the surprising amount of emotion it stirs up when Kim himself is located, subsequently devasted to learn how his legacy has been neglected, and then overjoyed (if not perhaps a bit alarmed) at the events that follow. Much like many of the titles in the fabled collection itself, Kim’s Video feels like a film made with a particular audience in mind, and I’m delighted to be in that group.