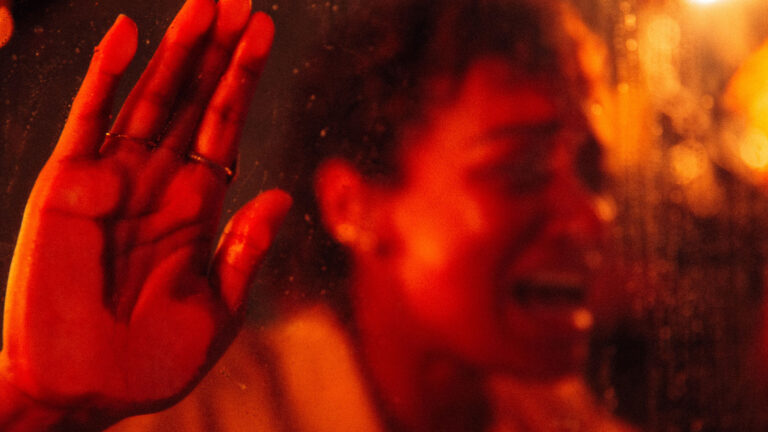 Horror films about demonic possession aren’t exactly a rarity, and it can often feel like every variation of this concept has already been explored. But every once in awhile, a filmmaker — or in this case, a pair of filmmakers — comes along to remind us that a fresh perspective can still wring genuine thrills from even the most conventional of setups. Such is the case with Talk to Me, the first feature from twins Danny and Michael Philippou, best known for as the creative force behind the YouTube channel RackaRacka.

The hottest social media craze in Adelaide centers on a party game where teens grasp an embalmed hand and invoke the nether realm by uttering the phrase “talk to me,” allegedly communing with the dead in the process. The bravest of the brave will even allow their ethereal guest to take control of their body, with the caveat that if the door to other side isn’t closed within 90 seconds, the entity will be much less inclined to release its hold. Of course, teenagers in horror films are prone to making very stupid decisions; toss in the appeal of TikTok views and a long history of bone-headed decisions made by kids jumping on the bandwagon of the latest trend, and it’s easy to see how quickly this sort of thing might spiral out of control.

Still trying to process the grief she carries in the wake of her mother’s suicide, Mia (Sophie Wilde) agrees to participate not just to push back against her reputation as the sad girl, but also in hopes of reaching across the void and gaining some closure. But the foolish decision to involve Riley (Joe Bird), the younger brother of best friend Jade (Alexandra Jensen), unleashes a torrent of horrific and gruesome consequences that Mia and her crew may be powerless to stop.

Talk to Me wastes little time in setting the mood, opening with an impressive tracking shot through a crowded house party that ends in a shocking act of violence, and maintaining a sense of dread and unease throughout its brisk 95-minute running time, culminating in a breathless third act that will leave pulses racing and viewers at home scrambling for the nearest light switch. Aaron McLisky’s superb cinematography is a highlight, as are the makeup effects and overall aesthetic of the visitors from the other side; nightmare fuel abounds here, and some of that imagery proves difficult to shake off. But it’s the cast — uniformly strong across the board, but especially noteworthy with regards to Wilde — that truly seals the deal and pulls us into the world the Philippou twins have so convincingly crafted. If this slick, smart thriller represents just a sampling of what these filmmakers have to offer, then I’ll be eagerly awaiting whatever comes next.