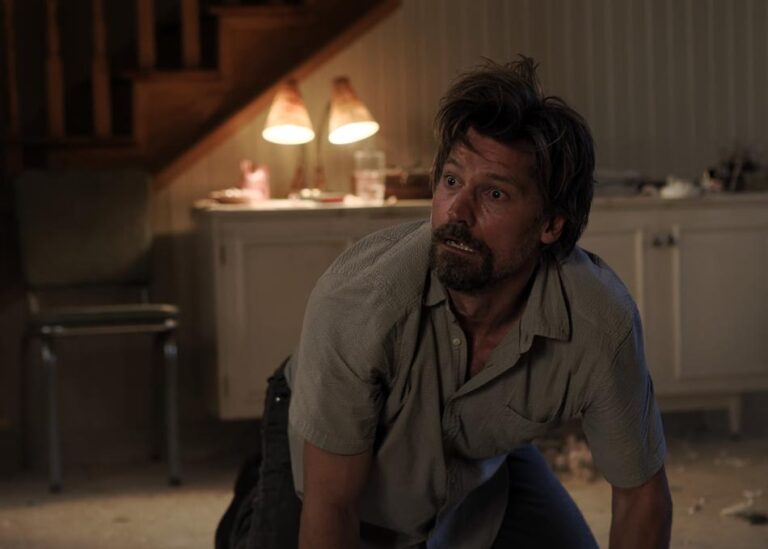 It’s been six years since former police detective Joe Denton (Nikolaj Coster-Waldau) was sent to prison for attempted murder, the culmination of a downward spiral brought on by alcoholism, drug addiction and ties to a local crime boss. It’s a conspicuously short sentence for such a grievous crime, and Joe is headed home, where he discovers the locals aren’t shy about letting him know that he’s no longer welcome in their idyllic small town.

Joe’s number one priority is getting back on his feet and reconnecting with his two young daughters, but the universe has other plans: it seems his terminally ill former employer (Shawn Lawrence) wants to get right with the man upstairs, which could mean implicating Joe and his fellow corrupt cops in a series of illegal acts. Joe’s ex-partner (Gary Cole) gives him a choice: either get rid of the old man, or silence the district attorney (Michael Kinney) building the case – who happens to be the same person Joe was convicted of trying to kill, and who still harbors a nasty grudge over the disfigured face Joe left him with.

Based on the acclaimed 2008 novel by David Zeltserman, Small Crimes is a bleak tale of one man’s hopeless attempt to escape his criminal past and reinvent himself as a decent human being, a redemption story for a character that doesn’t really deserve to be redeemed. Nearly every decision Joe makes is borne out of a selfish desire to serve his own best interests – at one point, his father (Robert Forster in a brief but pivotal role) diagnoses him with narcissistic personality disorder – and he lacks anything that even remotely resembles humility, which presents the audience with the challenge of trying to invest in a wholly unlikable character with whom we feel no empathy.

Directed by E.L. Katz from a screenplay he co-wrote with Macon Blair (who shows up as a slightly unstable Army Reserve soldier), Small Crimes will likely be too nihilistic for most moviegoers, but the unique makeup of the SXSW audience could generate some positive buzz before the film makes its way to Netflix this summer. If nothing else, it’s a great opportunity to see Coster-Waldau stripped of the swagger and charm that has defined his most famous role to date, and prove that his talents extend well beyond the confines of Westeros.

This adaptation of the David Zeltserman novel attempts to mine the blackest of humor from a redemption story for a character that doesn't really deserve to be redeemed. Coster-Waldau sheds his Kingslayer skin for a character far less charming, but no less morally complex.