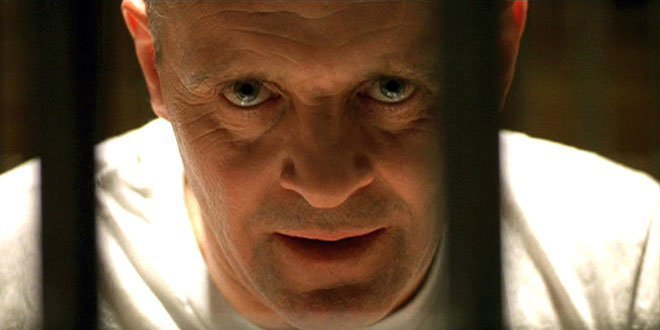 Aside from producing top-notch original programming such as House of Cards and Orange is the New Black, Netflix is also the preferred destination for streaming instant video, with an extensive library of movies and television series. New titles are constantly being added, and while the staggering number of options may seem daunting, we’re here to point you in the right direction and tell you what you can look forward to this month.

An unfortunate side effect of Disney’s acquisition of Lucasfilm was the disappearance of Star Wars: The Clone Wars, an animated series far more interesting and engaging than the Star Wars prequel films. The first five seasons aired on Cartoon Network, but the series was pulled from the airwaves shortly after Disney took over the franchise, with an announcement that the show would be cancelled.

Fans knew that a sixth season had already been completed, and many speculated that it would never see the light of day. But thankfully, a deal was struck that makes Netflix the exclusive streaming home of Star Wars: The Clone Wars, with the sixth and final season, dubbed The Lost Missions, available to viewers beginning March 7. And just in case you need a refresher course, or just find yourself in the mood to revisit older episodes, the first five seasons will also be available on the same date.

The tragic death of Philip Seymour Hoffman has caused many to reflect on his brilliant career in front of the camera, and while his performances garnered plenty of recognition throughout the years, there’s one role for which he’ll ever be immortalized: his Academy Award winning performance in 2005’s Capote. Perfecting the speech and mannerisms of eccentric bestselling author Truman Capote, Hoffman paints a picture of a man willing to stoop to surprising depths in order to maintain his success. If you haven’t this one, it should be very high on your list.

3. The Silence of the Lambs

With the popularity of NBC’s Hannibal, Mads Mikkelsen is quickly becoming a household name as the titular psychopath. But more than two decades ago, another actor brought the character to life so vividly that he won an Academy Award for Best Actor, despite having less than 17 minutes of screen time. If you’ve never seen Anthony Hopkins in his iconic role as serial killer Hannibal Lecter, then be sure to add The Silence of the Lambs to your Instant Queue this month.

Long before his critically acclaimed role as Tyrion Lannister in HBO’s hit fantasy drama, Game of Thrones, Peter Dinklage cemented himself as a brilliant new talent with his touching, emotional leading role in The Station Agent, a performance for which he received numerous award nominations, including the Independent Spirit Award and Screen Actors Guild Award for Best Actor. The story of a lonely man with dwarfism who longs for a life of quiet and solitude, The Station Agent is a remarkable piece of filmmaking, and an interesting look back at the early days of Dinklage’s career.

Mel Brooks’ attempt to skewer the legend of Robin Hood and take plenty of shots at the Kevin Costner film Robin Hood: Prince of Thieves may not have been well received during its box office run, but Robin Hood: Men in Tights has amassed a tremendous cult following in the years since its release. Cary Elwes leads a talented assembly of comedic actors that includes Tracy Ullman, Dom DeLuise, Patrick Stewart, and Dave Chappelle in his film debut. It’s hilarious, ridiculous, and ridiculously hilarious. Check it out.

The films above are my own personal picks for the best selections from this month’s Netflix offering, but there are still plenty more additions to the library. If these choices don’t spark your interest, see below for the full list of new offerings.

Best friends Alice (Claire Danes) and Darlene (Kate Beckinsale) journey to Thailand to celebrate their high school graduation. But after falling in with a charming con artist (Daniel Lapaine), they’re busted at the Hong Kong airport for smuggling narcotics they didn’t know they were carrying. Their only hope: the dazzling skills of lawyer “Yankee” Hank Greene (Bill Pullman), whose connections might help them beat impossible odds.

The toast of New York City society after penning “Breakfast at Tiffany’s,” flamboyant writer Truman Capote finds himself in a dance with the devil while researching the Clutter family murders for his masterwork, “In Cold Blood.”

Expecting the usual tedium of summer in the mountains with her family, 17-year-old Frances is surprised to find herself stepping into the shoes of a professional dancer — and falling in love with the resort’s free-spirited dance instructor.

Farm boy Blaine Rawlings and his fellow soldiers become the world’s first fighter pilots when they join the Lafayette Escadrille, a squadron of Americans who are volunteering for the French military at the dawn of World War I.

After his bent for muckraking nets him a job at a glossy Big Apple magazine, boorish British tabloid writer Sidney Young tries to curry favor with the synthetic glitterati he covers as well as with his imperious boss — with disastrous results.

As dead bodies inexplicably return to life and feast on human flesh, young Barbara (Judith O’Dea) joins a group of survivors in a farmhouse hoping to protect themselves from the hordes of advancing zombies. But soon enough, only one person remains. Writer-director George A. Romero’s low-budget horror classic continues to inspire heebie-jeebies, in part because of the randomness of the zombies’ targets.

Cleaver Greene is a brilliant attorney capable of working miracles for clients whose less-than-spotless reputations complicate their defense. While most judges detest him, Cleaver’s friends know him to be witty, passionate and stubbornly determined.

Princess Ann leaves her guardians, and while in Rome, she’s taken under the wing of tabloid writer Joe and his photographer sidekick. She thinks the boys don’t know who she really is, but they’re onto her — and sense a sensational story.

Three student filmmakers march into the woods to make a documentary about the fabled Blair Witch, who’s credited with a string of murders dating back 200 years. But when the trio loses their way, they find themselves besieged by a malignant terror.

Prep-schooler Paul Hood (Tobey Maguire) returns home for Thanksgiving weekend and finds his family about to implode. While his father (Kevin Kline) tries to douse his sorrows with booze and infidelity, Paul’s mother (Joan Allen) looks for answers in self-help books. The experimentation and liberalism that defined the 1970s lead to ruin as the family’s environs literally freeze over during a freak storm in this insightful drama helmed by Ang Lee.

Director Martin Ritt combines two William Faulkner stories into a smoldering drama starring Paul Newman as Ben Quick, a wandering handyman who arrives in Frenchman’s Bend, Miss., where menacing rumors about his past begin to circulate.

In this adaptation of Thomas Harris’s novel, FBI trainee Clarice Starling ventures into a maximum-security asylum to pick the diseased brain of Hannibal Lecter, hoping the psychiatrist turned homicidal cannibal can help her catch a serial killer.

When his only friend dies, a man with dwarfism relocates to an abandoned train station in rural New Jersey, intent on living the life of a hermit. But his solitude is interrupted by his colorful neighbors.

Teenager Leland Fitzgerald appears to have everything going for him, including a famous writer father. So, what drove him to kill? It’s up to a teacher who works with inmates to unearth the anger and fear lurking beneath Leland’s unruffled surface.

Wounded in Africa during World War II, a disillusioned Nazi colonel returns to his native Germany and joins the Resistance in a daring plan to create a shadow government and assassinate Adolf Hitler.

Freewheeling publishing heir David Aames has it all: wealth, good looks and a gorgeous socialite on his arm. But when his face is horribly disfigured in an auto accident, Aames loses everything … or does he?

Sandra Bullock plays a transit worker who pulls a commuter off the tracks after he’s mugged. While he’s comatose, his family wrongly assumes she’s his fiancee and she doesn’t correct them … and then she falls for his brother.

A pioneer woman is forced to fight for what’s hers when her husband disappears and a calculating preacher makes a play for her land. With support from an offbeat sheriff, she sets out on a path of vengeance.

In the continuing adventures of the two spy siblings, Carmen gets caught in a virtual reality game designed by the kids’ new nemesis, the Toymaker, and it’s up to Juni to save her by battling through the game’s levels.

Rich girl Molly Gunn has never had to work hard in her life — until her father dies and her inheritance vanishes into thin air. To pay the bills, she becomes a nanny but finds herself in over her head when she starts caring for a neglected child.