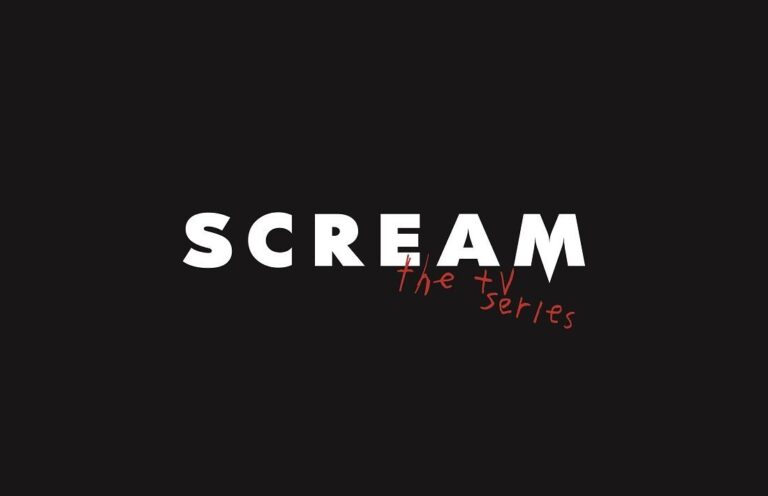 MTV and Dimension TV’s Scream series has the bold ambition to recapture the lighting-in-a-bottle that was the original game-changing slasher film franchise. The Scream film was “meta” before “meta” was even a pop-culture thing and became a horror icon for a generation while redefining the genre.

This new slasher/murder mystery is a complete retooling of the Scream mythology that centers around a cyber-bullying incident that leads to a bloody murder – the first in the town of Lakewood since a string of serial murders that might possibly be the inspiration for this new killer.

The pilot episode does a pretty good job diverging enough from the original film’s structure, carving itself a wider range of the horror genre to deconstruct.The basis of the story is once again the teen slasher film, but without spoiling any major plot points, this one skews more toward a Friday the 13th horror vibe than anything in the original franchise.

The cast is intentionally large, as to provide enough fodder for our killer to rip through, but most of the characters come across as fairly one-dimensional high school stereotypes in this episode – but to be fair, there is only a limited amount of time in one episode to devote to establishing so many characters.

Arrow‘s Bex Taylor-Klaus plays Audrey Jensen, a girl unwillingly outed as bi-sexual by a YouTube video released online. Shortly after the video is posted, one of Audrey’s classmates is brutally murdered, sending shockwaves through their school. The other main character of the episode is the “good girl” of the series Emma Duval, played by Willa Fitzgerald. She has shades of the Sidney Prescott  character (played by Neve Campbell in the original film), and also has ties back to the previous town killing spree.

The likable and somewhat awkward Noah Foster (John Karna, channeling Jamie Kennedy from the film series) mentions that slasher films burn hot and fast, which is why they aren’t done as TV shows. Hopefully that’s not a self-fulfilling prophecy, as the biggest drawback to the pilot episode is that it moves a bit too slow and has minimal payoff after the initial kill.

I continued to wait for some big twist or follow-up murder to break things wide open, but nothing ever comes to a significant head. That being said, Scream does enough things right and drops enough hints and misdirection to establish an intriguing mystery around the killer’s identity.

The killer himself (or herself) doesn’t get much screen time in the pilot episode, but the new mask works a lot better in context than I expected. Wes Craven has said publicly that the new mask would serve a purpose and looks the way it does for a reason, and viewers will get some hints of this in the pilot episode. It’s an interesting idea that, if not a misdirect, will certainly change the idea behind the functionality of the mask.

For better or for worse, the episode also has the MTV stamp all over it, cramming hit pop song after hit pop song into nearly every scene. Scream also tries to hammer home that this is taking place in our modern age of technology and social media to the point of overkill.

That being said, I appreciate that Scream does feel like a fresh take on the franchise, and while it does mirror some elements of the original, ultimately it seems to be going in its own direction and that’s a good thing. If the series can ramp up the carnage and throw in some clever twists along the way, it has potential to be the first worthy TV version of a beloved slasher franchise.

Definitely a Scream reboot for today's MTV generation, brimming with social media references and current pop songs aplenty. But the episode sets up an intriguing slasher/murder mystery with interesting potential that thankfully feels different than the preceding film franchise.