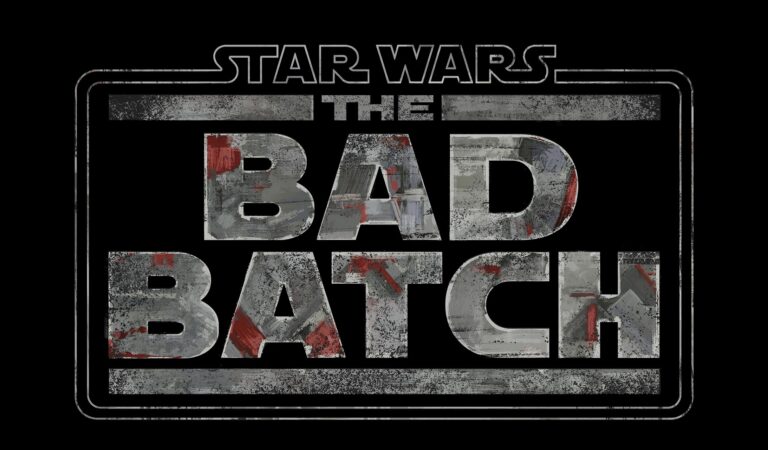 In the wake of the disastrous end of The Clone Wars instigated by Order 66, the elite squad of experimental Clone Troopers dubbed The Bad Batch find themselves testing their duty and morals in a quickly changing galaxy. Executive produced by Star Wars: The Clone Wars mastermind Dave Filoni (The Mandalorian) and his team, the animated version of the galaxy far, far away, is still in expert hands, judging by the excellently paced first two episodes.

The premiere episode Aftermath debuts appropriately today, May the 4th, on Disney+ with an action packed, complex tale that delivers a look into a Star Wars time period not much explored: the hours and days after the Jedi were wiped out by Order 66. Full of world-building and a twist or two, fans of Filoni’s animated Star Wars universe will also lose their minds over a surprise early cameo that packs an emotional punch in a story that will already hit many heartstrings.

Each of the five members of The Bad Batch have their distinct particular set of skills, including Hunter the team leader, Wrecker the muscle (and butt of many bad jokes), Tech the brains, Crosshair the sniper, and Echo the cyborg hacker. While they all may be cliches, it’s interesting to see how the characters work as a team and how they see themselves as outsiders from the “regs,” or regular Clone Troopers.

While The Bad Batch struggle with their place in the new Empire, the squad encounters a mysterious young girl named Omega that takes a particular interest in the group. Normally, adding a child to any action-based story would immediately raise concerns of jumping the shark, but Omega is quite endearing and adds a heart to the team, not to mention a focus it was lacking prior to her arrival. Not only does Omega play a key role in the series’ mythology, but also happens to be an extremely enjoyable character to watch interact with the gruff mercenaries.

The great voice actor Dee Bradley Baker not only reprises his role as every speaking member of the Clone army, but also portrays every member of The Bad Batch, including their unique personalities and speaking styles. It’s impressive work, with the biggest compliment being each character feels so distinct, it’s easy to forget the work is all done by one guy in a recording booth, having a conversation with himself.

The animation is also breathtaking and maintains the gorgeous visual nuance seen in the upgraded Clone Wars final episodes on Disney+ that introduced The Bad Batch themselves. Numerous scenes appear like beautiful, sweeping matte paintings that can be paused at any time to create instant art from the full motion animation that is actually presented.

Star Wars: The Bad Batch is too good to miss, having just about everything fans have come to love about Filoni’s animated universe, and serves as a terrific bridge to both. While Disney has asked that we not divulge too much about episode 2 until next week, we can confirm it’s just as solid as Aftermath. If The Bad Batch continues to improve and mature as it moves forward like its predecessors, Star Wars addicts have yet another fantastic addition to the franchise’s canon to devour in the comfort of their own home, thanks to Disney+.

Star Wars: The Bad Batch debuts on Tuesday, May 4, with a special 70-minute premiere, followed by new episodes every Friday starting on May 7, exclusively on Disney+.