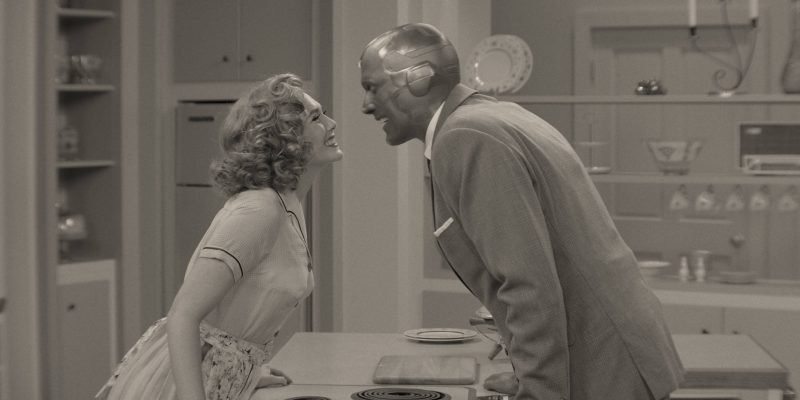 Ever since the release of Iron Man 2 in May 2010, the arrival of new entries in the Marvel Cinematic Universe has been a fairly regular affair, with yearly release becoming twice yearly, and (beginning in 2017) thrice yearly. But with the global pandemic continuing to rage and studios opting to postpone their major releases until moviegoing returns to some semblance of normalcy, Marvel Studios is turning its attention to the small screen with the first new MCU content in more than 18 months: the Disney+ exclusive WandaVision.

This ambitious new offering is a breath of fresh air for Marvel, breaking free of the formulaic (albeit undeniably enjoyable) blockbusters for a decidedly different approach. Riffing on sitcom classics like The Dick Van Dyke Show, the series finds Wanda Maximoff (Elizabeth Olsen) and Vision (Paul Bettany) living a charmed life in the idyllic suburb of Westview, with seemingly no memory of Thanos, the Avengers, or anything about their own history. But as the happily married couple get up to all sorts of shenanigans, like fumbling through a dinner party for Vision’s boss or trying not to embarrass themselves during a community talent show — all while keeping their abilities hidden from the neighbors — strange occurrences suggest there’s something not quite right about this small town utopia.

Director Matt Shakman (FX’s Fargo) absolutely nails the period sitcom aesthetic, right down to the cheap-looking special effects and the studio audience laugh track. Of the three episodes made available for review, each uses a distinct color palette and presentation (not to mention different theme songs and opening credits) to evoke a different period in television history — the warm tones of the Brady Bunch-styled third episode are especially gorgeous, and Shakman makes great use of some Pleasantville-esque splashes of color against the black and white photography of Episode Two.

WandaVision‘s exaggerated performances also feel ripped from a bygone era, with both Olsen and Bettany leaning into the snappy dialogue, and clearly having a blast with the frequent bouts of slapstick. The duo exhibits fantastic chemistry here — far more than they ever had an opportunity to showcase in any of the MCU’s big-screen efforts — and there’s a wonderful sweetness beneath all of the goofy antics. The supporting cast is also strong, with Emma Caulfield Ford (Buffy the Vampire Slayer) as the resident Queen Bee, ruling over the ladies of Westview with a sharp tongue and an icy stare, and Kathryn Hahn emerging as a particular delight in her role as nosy, mischievous neighbor Agnes.

As for how all of this manages to tie into the larger Marvel continuity, don’t expect any major revelations in the first few episodes: WandaVision is clearly playing the long game here. By the end of the third episode, there are enough hints for savvy viewers to piece together some theories — I certainly have one of my own — but I expect the series is keeping a few tricks up its sleeve, and I’m very curious to see how things play out from here. Things are off to a promising start, and hopefully the creativity of WandaVision is a taste of things to come for Marvel’s foray into small-screen storytelling.