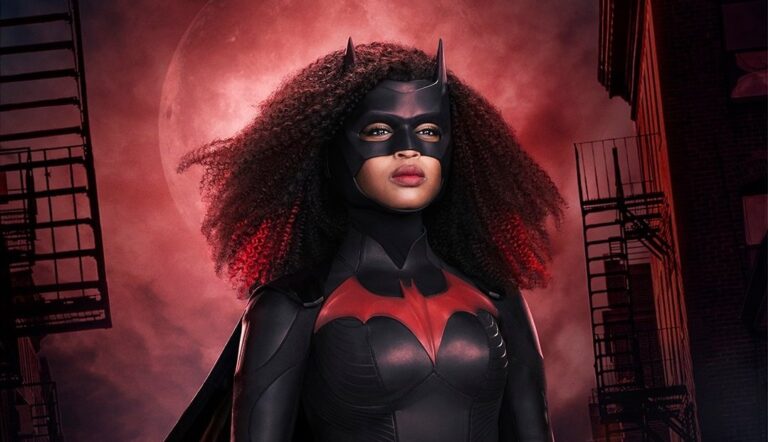 Look out Gotham, there’s a new Batwoman in town. No, seriously like a whole new Batwoman — a character that has never been on the show before played by newcomer Javicia Leslie. In a year full of bad news, 2020’s shocking departure of Ruby Rose from Batwoman after the first season doesn’t rank anywhere near the top, but it still left the industry reeling nonetheless.

The show’s creative team was left with the impossible task of recasting the high profile lead, continuing the personal story arcs from Season 1 with a new character, and somehow explaining the absense of Rose’s role as Kate Kane. What they managed to accomplish with the Season 2 premiere titled What Happened to Kate Kane? is a surprisingly good episode that doesn’t pull off any miracles, but does an admirable job of avoiding what should have been a garbage fire.

First off, everyone wants to know the answer to the episode’s title question, but that won’t be spoiled here. What I will say is that the Kate is “missing” and the actual event that caused the disappearance is not all that inspired or clever, but at least makes sense within the established CWverse. What it does get done well is push the plot along quickly so we can move on to Ryan Wilder (Leslie) — our new Batwoman.

Things are set in motion when homeless Ryan Wilder unexpectedly comes into possession of Kate Kane’s Batsuit and, much like her predecessor, decides to put it to good use without the previous owner’s permission. The episode crams in a quick traumatic backstory throughout the episode, while also mentioning in a throwaway line that Ryan’s well-versed enough in fighting that she once made ends meet teaching self defense classes. Convenient. Might come in handy. Thankfully, Leslie rolls with it and sells everything she can in the short space to establish the character.

Leslie definitely brings a whole different energy than Rose, portraying a wise-cracking, confident exuberance. A bit more snarky Nightwing than brooding Batwoman, but it helps establish a clear separation between Ryan and Kate while keeping the strong portrayal of an LGBTQ character — additionally, also the first African-American live-action member of the Bat-family to wear the cowl.

The rest of Batwoman‘s characters mope and fear (justifiably) for the potential death of Kate Kane — especially poor Jacob Kane (Dougray Scott) and Mary Hamilton (Nicole Kang), who just never seem to catch a break with family. Obviously this wasn’t the planned path for the show, so much of the supporting cast is off on a Kate Kane-inspired wild goose chase. Meanwhile, Alice (Rachel Skarsten) is furious to no longer have a personal arch-enemy to fulfill her revenge rage. Unfortunately this also leaves the actress in backup villain role until the story shoehorns Alice back to the forefront of the plot by episode’s end, albeit in a pretty great scene.

The real high points of the episode are the brilliant usage of Thomas Elliot aka Hush wearing the face of Bruce Wayne, played terrifically by guest star Warren Christie. Christie is slimy great as the faux-Bruce and his manipulation of Luke Fox (Camrus Johnson) and The Crows to get access to Bat-Tech is terrific comic book villain stuff. He chews the scenery in all the best ways. I really hope they keep Christie on Bat-retainer, because I’d love to see him play the real Bruce Wayne either here, on Superman & Lois or any of the remaining CWverse shows.

The Batwoman Season 2 return with a new face in the cowl certainly will attract a morbid curiosity factor from casual viewers interested in seeing how Rose’s departure will be handled. To the creative team’s credit, What Happened to Kate Kane? is way better than it has any right to be. Yet unfortunately, there’s an overall feeling that the show really has its work cut out for it going forward. Hopefully Batwoman can get Ruby Rose back one last time to the pass the torch, because the longer it drags out the mystery of the character’s disappearance, the longer the actress’s shadow will loom.