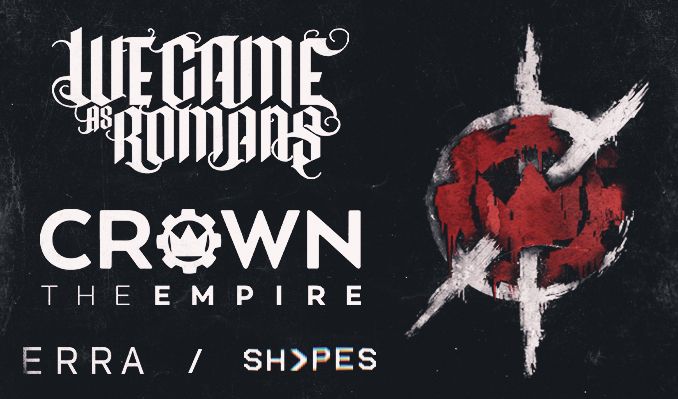 We Came as Romans have announced plans for a co-headlining run with Crown the Empire, kicking off at the Manchester Music Hall in Lexington, Kentucky on March 18 and wrapping up on April 28th at Paper Tiger in San Antonio, Texas. Erra and Shvpes will support on all dates.

Fans will recall that We Came as Romans lost their lead vocalist, Kyle Pavone, to a drug overdose last year. The band elected to continue touring with co-vocalist Dave Stephens assuming the lead, and it looks like this will continue to be the case moving forward, as no plans have been announced to replace Pavone.

“I’m sure it’s kind of strange to the fans and the band,” Stephens told Kerrang! in an interview. “But I can’t imagine how much more strange it would be to have someone else singing them permanently. We don’t ever want to add another member again, and at this point, we’re closer than ever. We wanna do our best to honor and make him proud, but never replace him. He definitely won’t be forgotten.”

We Came as Romans and Crown the Empire Tour Dates

PHOTOS: Crown the Empire at The Marquee Theater

PHOTOS: We Came as Romans at The Marquee Theater