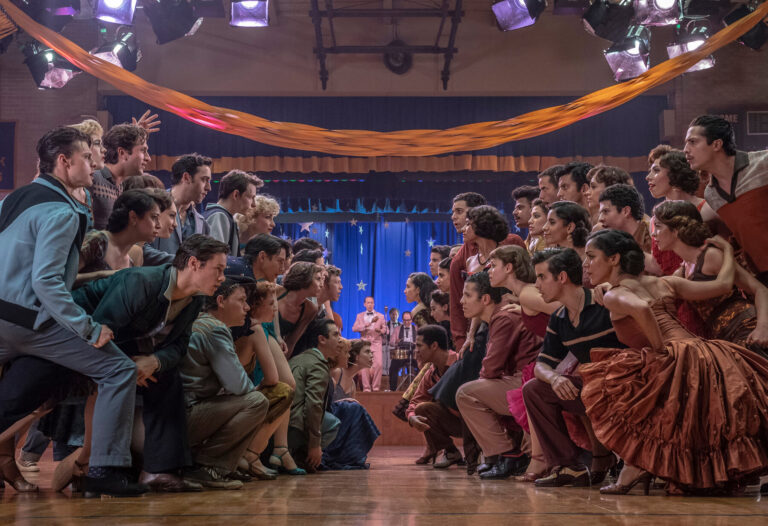 West Side Story wasn’t exactly crying out for a remake. Indeed, the 1961 Oscar winner from Robert Wise and Jerome Robbins holds up remarkably well more than half a century after its release. The one-two punch of Leonard Bernstein’s score and Stephen Sondheim’s lyrics is still as powerful a pairing today as it was when they catapulted the original film to an unprecedented 10 Academy Awards, still the most ever for a musical. But if a new version was inevitable — and let’s face it, Hollywood’s increasing reliance on name recognition and existing IP means that it was, in fact, inevitable — who better to usher the Jets and the Sharks back onto the big screen than one of the most celebrated filmmakers of all time?

Helming the first musical of his storied career, Steven Spielberg seems particularly energized here, operating at the full scope of his directorial prowess and leveraging more than 50 years of experience to craft one of his most kinetic and lively features in years. Although the building blocks of West Side Story remain the same — a forbidden romance between former gang leader Tony (Ansel Elgort) and Maria (Rachel Zegler), the younger sister of his rival, threatens to hold dire consequences for everyone in their orbit — Spielberg and screenwriter Tony Kushner have peppered in a series of thoughtful changes that seek to enrich the material, rather than updating just for the sake of doing something differently.

Characters are fleshed out and given more depth, heightening the drama as tensions between the Jets and Sharks — the former now led by Tony’ best pal Riff (a phenomenal Mike Faist), the latter by Maria’s quick-tempered, prize-fighting brother Bernardo (David Alvarez) — come to a boiling point. Key numbers are staged with captivating choreography from Justin Peck, full of flair and flamboyance but still paying homage to the 1961 film, and every twist and turn is expertly captured by Janusz Kaminski’s dazzling cinematography.

The cast is strong from top to bottom, with one glaring exception: Ansel Elgort, who acquits himself well during the musical numbers but fails to conjure any genuine emotion during the film’s most crucial scenes. This saddles Zegler with most of the heavy lifting necessary to sell the blossoming romance, and thankfully she’s more than up to the task; it’s a radiant, star-making performance full of longing and wistfulness, with a tinge of ferocity matched only by Ariana DeBose as surrogate big sister Anita, who practically runs away with the film (as an added bonus, DeBose’s onscreen predecessor, Rita Moreno — who won an Oscar for her portrayal of Anita in 1961 — shows up for a pivotal supporting role).

In a year featuring more than its fair share of big screen musicals, from Lin Manuel Miranda’s clever interpretation of tick, tick…BOOM! to the bizarre and uncomfortable weirdness of Annette to the extravagant and breathlessly entertaining In the Heights, it’s Spielberg’s film that stands head and shoulders above the rest. If you’re going to roll the dice by remaking a bona fide classic, you’d better knock it out of the park, and with his version of West Side Story, Spielberg has done precisely that, and then some.