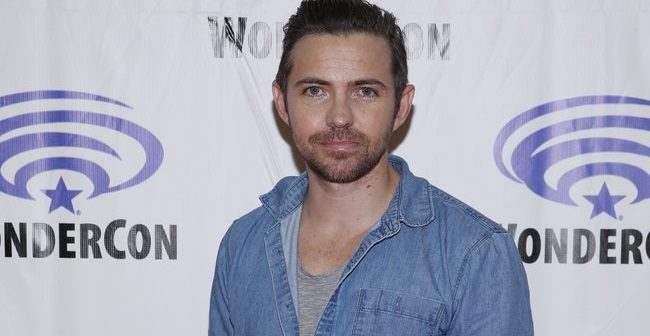 Nerd Repository joined a group of reporters to chat with the cast and creative team behind team at this year’s WonderCon to get a deeper look into what is coming in the first season. We chatted with showrunner Cam Welsh as he teased how they’re setting up their version of the DC Universe, how the time travel element may give us a very different ending to this iconic story and more.

Whether or not we’ll see any other planets or worlds from the DC Universe before Krypton Season 1 is over:

“I mean, this season our focus is really on establishing the world of Krypton and of the people who inhabit that we look to expand on beyond that, going forward. But there is so much more mythology and so many characters that it is an alien world there. The society operates differently, it functions differently to ours on Earth, We only have 10 episodes so there’s a lot of pot as well. So it’s a lot of plot, a lot of mythology, a lot of characters. It just feels like the best way to tell the story in this first season is to just let that all fall into place. Let people become familiar with the world, understand how it operates, understand the people who populate that world and then we can start to expand beyond that. We have an idea for Rann, Thanagar, we will go to Earth in Season 1, present-day Earth. That will be the only time we go outside of Krypton in this first season.”

Whether or not we will actually ever see Superman on the show:

“Not in this first season, no.”

Whether or not the world of Daxam exists in Krypton’s universe:

“That’s not something that is part of the story that we’re focusing in on the moment but it’s a fun one. And it would again really deep that mythology. It feels like it might just be a too little too much. Especially when you’re trying to introduce this world, there is a lot of high concepts already. It’s cool for the fans that, you know, are familiar. But we want to have a broader appeal. We want to be able to reach everybody so that’s part of the balance of the show is we want to reward the fans, the people that have been following Superman throughout his 80 years and give them the stuff that will really, really resonate with them. But we don’t want to alienate the new viewers.”

Cam on what it is to play with a story about a planet that has such a large impact on this DC hero and defying people’s expectations:

“Well, it’s a great sandbox to play in, you know. It’s just that blend of pure science fiction as well as, you know, it’s not really a superhero show in that sense even. Like, it might seem like it is, it’s not, you know, it’s not really once you get that it’s much more of a science fiction show. It’s not really a prequel either. You know the time travel element that we have in there, it frees us up in a lot of ways and means that really the moment Adam Strange arrives and sort of sets Seg on his hero’s journey the timeline is changed. We are now not necessarily tied to a toy box that explodes. He warns Seg right at the start that if they fail, then, he really clearly lays out what the stakes are. The ending of the story that we thought we knew, will not be the ending that we’re going to get.”

On how they worked out time travel aspect of Krypton’s story when first developing the show:

“You know when we were in the early stages of this project I think we were aware of the challenge of doing a traditional project where people feel like they know the ending. You know there’s a there’s this kind of cloud of inevitability and particularly when the ending of that story is that the planet explodes, leaving one survivor, you don’t want the audience to feel like we’re just treading water here and spinning our wheels until that thing happens. So I think with the time element of it means that that’s not the ending of the story or maybe it is but most likely not. And the people that we’re investing in, that become aware of the possibility of that happening certainly don’t want that to happen. We are riding with them that put the audience in a really unusual position where you are kind of ‘I like these people and I like this world and I don’t want it to blow up but also kind of want Superman!’ So,  it’s a dilemma.”

Whether or not Krypton, in the DC TV Multiverse, has an Earth number, like how they have set it up on The Flash:

Whether Kara Zor-El a.k.a. Supergirl will ever be mentioned on the show:

“Yeah we were actually talking about that today with the cast before the panel, I was talking about different things and Supergirl came up and I think part of Adam is that he’s dangerous. He’s got information that could, like that to have knowledge of the future is potentially dangerous. There is a causality concern where there are things that these people on Krypton shouldn’t know and if they know about it, maybe they behave differently and then time will unravel. Adam, I think, is in a really difficult position where he’s trying to be very careful about what information…he’s trying to stick to the bare essentials, you know, so to not create some weird butterfly effect or something.”

Where the inspiration came from to set up the romances the way they have on Krypton:

“Well maybe, but maybe not. It’s a good question and it does become one of the central, it drives a lot of story for us that the idea that the genesis chamber and how life is created on Krypton. What that means for reproductive rights and what it means in terms of destiny versus willpower and how much of your life on the planet, in the world of the show, as you saw in the pilot, everything’s been predetermined. But having your own life predetermined doesn’t sound so great. So maybe that’s something that our characters may want to change. Which is to say that the family relationships that we’re expecting may not go that way.”

Whether or not Cam has a wish list of past Superman actors in other media that he wants to guest on the show in a cameo role:

“It’s a good question. We haven’t really looked at it that way. But there are certain actors there that I would love to have on. But we haven’t really planned for that. I guess I’d love to bring on Terrance Stamp [who played General Zod in Richard Donner’s Superman and Jor-El on Smallville] that would probably be the actor that I would most [want to have on], I just love Terrance Stamp. So I’d just like to hang out with him, yeah.”

What inspired the decision to make Adam Strange a time traveler, which is not something he has been portrayed as in the comics:

“I think Adam’s relationship to the planet Rann and Thanagar, I think he is a bit of a gateway character to the cosmic corner of the DC universe in a lot of ways. And again, once we spend a bit of time establishing the world for Krypton and we get to know everybody that populates that world this season, we do want to expand the series out and Adam felt like an organic way to do that.”

How Adam, in the world of his timeline, was sent out on this mission, whether Superman and him are working together:

“Yeah I think it’s something we’ll unpack as this season goes on. I think you’ll discover that there’s not there’s no such thing as a well thought out plan when it comes to Adam. I’m sorry, I love the guy but he isn’t the brightest star in the universe.”