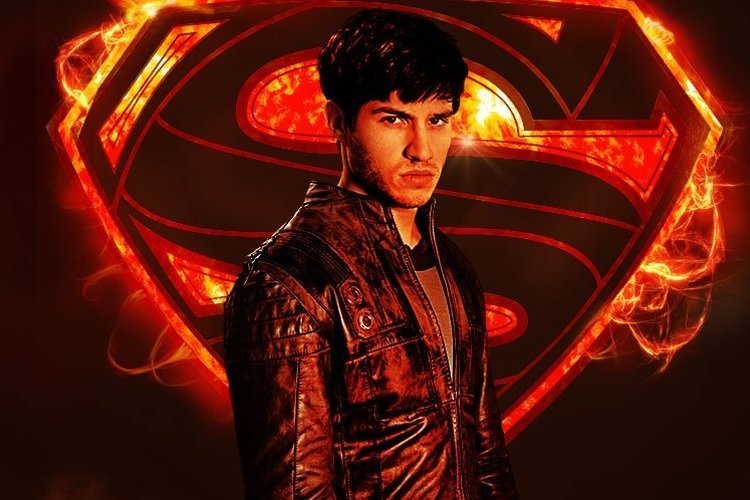 Nerd Repository joined a group of reporters to chat with the cast and creative team at this year’s WonderCon to get a deeper look into what is coming in the first season. We chatted with Seg-El himself, Cameron Cuffe, as he discussed what is to come, joining the world of DC Comics and a lot more.

Whether or not Cameron feels the weight of joining this world that has such a large legacy behind it in the world of DC Comics:

“I mean yes you have to know you’re stepping into something that’s bigger than you and it’s wonderful. Weight wouldn’t be the right way to describe it. I think these I am a fan and I’ve always been a fan so I know what it means and I know that it comes from passion. The pressure that is just something that fuels your desire to get it right. This is a show that is made by people who love this legacy. It’s made by people who know what it means to be working on something like this. So we absolutely understand that, we let that fuel us which is great.”

Whether or not we will see Seg being tempted to at any point go with Adam into the future to meet this legendary grandson of his:

“Yeah! The thing is that Seg is being thrown in so many different directions he doesn’t really know what to think. He doesn’t know what to believe. He’s questioning everything and I think that’s part of what makes him a very relatable hero is. He doesn’t know right from wrong. Superman’s greatest power is that he knows the right thing and. Seg doesn’t have that. He’s sort of not formally fold, he’s morally adrift. So yes he’s definitely curious about what’s going on and maybe this grandson of his is a real thing. But it just doesn’t feel possible to him.“

Cameron on the star tragic love between Seg and Lyta given that we know that the House of El and Zod will go toe-to-toe in the future through Jor-El and General Zod and what hope their romance has in coming episodes:

“It definitely drives a wedge between them. And the thing is there were so many forces already when they were together and everything was fine. What we’re trying to do is pull them apart and there is a sense to them that maybe this relationship is doomed but there’s also no discounting the fact these are two people who love each other like each other. That they see the world the same way. And once you find that in someone no matter what, it is hard to let that go.”

How does Seg feel about Nyssa, the daughter of Daron-Vex, from the House of Wex and how his relationship with her affects his dynamic with Lyta:

“Well it’s really interesting. The thing is Seg is a con man. He’s a career con man. He does it for a living. He reads people for a living and Nyssa is the one person he can’t get a read on. He thinks that she has an ulterior motive, which she probably does being a Vex. But he’s also not really sure what side she’s playing. And he’s intrigued by that. There’s a lot going on. Yeah that’s a really complex relationship. The thing is all three of us and also there’s another player in here who have got some really probably met yet only seen the pilot. So Dev-Em is another character in this who is a soldier and a believer in protecting Kandor and a loyal soldier. He’s also a good man. So there are so many complex directions to be faulted and we all mutually despise the love triangle drama. Because we feel it does disservice to the characters and they are all thrown into a ridiculously complex situation.”

What the relationship is like between Seg and the mysterious time traveler Adam Strange:

“So Adam is the character who blows up Seg’s life essentially and he sets him on the hero’s journey. And also Adam is the only character in the show who knows the future, who has been there and who has met Superman, this guy is Superman’s friend. He knows how amazing he is and he has to make that feel real to Se. Also Seg is the only one with knowledge of Krypton and that relationship, there are wonderful moments where Adam is saying ‘Look I’ve dealt with super villains, I know Brainiac. He’s bad news you can’t be messing around with that.’ But also equally there are times where I say “Look here in my world, it’s dangerous here. If you don’t do what I say, you will get yourself killed.’ And it’s is really wonderful sort of odd couple relationship and it’s where a lot of the fun from the show comes. Cameron Walsh, our showrunner, sat me and Shaun Sipos, who plays Adam Strange, asking ‘So do you guys like Butch Cassidy.’ It’s both of our favorite movies. So this is a relationship where they are sniping at each other. But that’s sort of growing begrudging respect between the two. And they have a lot in common than they are allies whether they like it or not. Shaun is really, really, good fun. The truth is everyone on the cast is wonderful, it’s a really, really rare and wonderful thing you know sometimes when you’re doing a project you might have one or two people that you think ‘Oh I really like that person.’ Genuinely I love every member of the cast. We are all really good friends and after we made the pilot. Shaun wasn’t involved at that point. We were still hanging out. We were going to the pub, we were having dinner with each other, we genuinely love each other.”

What can Cameron tease about Seg’s first real encounter with Brainiac, whenever that will be in Season 1:

“Brainiac is an interesting figure in Seg’s life because obviously Val-El was executed for saying there is something coming. This threat is something that has deeply affected his life even from when he was a kid. So it is the central threat that is always on the way, it’s the ticking clock in the show. So Brainiac is coming and that’s something that Seg has to deal with.”

What Ian McElhinney, who plays Val-El, the grandfather of Seg-El, bring to the show as an actor:

“He’s a wonderful man, a deeply experienced actor and we’ve all learned so much. One of the things he does as Val-El is he grounds us. And it also pays tribute in a way to when Superman in the original [Richard] Donner film, was going to Jor-El for guidance. There is a great sort of element legacy, the son becomes father. He’s taught me so much. He’s a wonderful man.”

What it is like for Cameron to get to take on this Kryptonian society as it has been portrayed differently in past Superman media, both on TV and film:

“The beautiful thing is that this show we were able to pay tribute to those things that have come before, the Donner films, Zack Snyder’s Man of Steel, obviously David Goyer who wrote that film created our show great show. But we also get to pay tribute to Geoff Jones and Gary Frank’s [Superman:] Secret Origin and stuff like John Byrne’s World of Krypton. So we get to take all of that stuff and make what we feel is our ultimate version of Krypton. So being a fa, I’ve seen it firsthand what these influences are. These are great things, it’s so great to play in this toy box. Because there are so many wonderful things in there and we get to pay tributes to those as we forge our own path.”

Whether or not we will get to see more cities on Krypton besides Kandor:

Whether or not Krypton Season 1 will feature Seg going to different planets in the DC Universe:.

“Yeah there are so many things that we want to explore in the show, this is just Season 1 and we’re trying to develop the characters. We got this problem with Brainiac and Adam Strange but this show was devised as a gateway into the cosmic universe. We want to be playing with characters like the Omega Men, the Green Lantern Corp, Rann, Thanagar and all that sort of stuff. So these are very much designs that we have for the show we have with plans going forward so we hope you like Season 1, this is definitely more coming.”

What role Dev-Em plays in the dynamic between Seg and him:

“Obviously very antagonistic. They both love Lyta, they genuinely love her. And she’s a wonderful person in both their lives and means so much to them so there’s an inherent animosity. But we all feel that our characters grow and change so much throughout the season, I definitely feel like I was playing different characters in episode 1 as opposed to episode 10. So that relationship is also one that changes, they don’t become buddies or anything but they have to work together.”

How easy it was for him to get into Kryptonian mode given that he has been a Superman fan for a very long time.

“I think the thing is because I know it so well, because I am a fan, I always take it for granted until everyone in the room is going ‘So what’s Thanagar?’, I know it immediately. So it was it wasn’t that difficult for me because I was a fan coming in it. Pretty much I’ve been rapping a red towel around my neck and jumping off the couch since I was five. So I’m a method actor and been preparing for a long time.”

Is there anything he hopes to see from the DC Comics universe on the show:

What actors from past Superman media, whether it be TV or film, that he would love to see come on Krypton in a guest role or cameo:

“Gosh, I mean the thing is there have been so many fantastic actors. Who knows, who’s to say…I love Michael Rosenbaum. I love Smallville so it like it would be so cool to have him in a cameo role.”