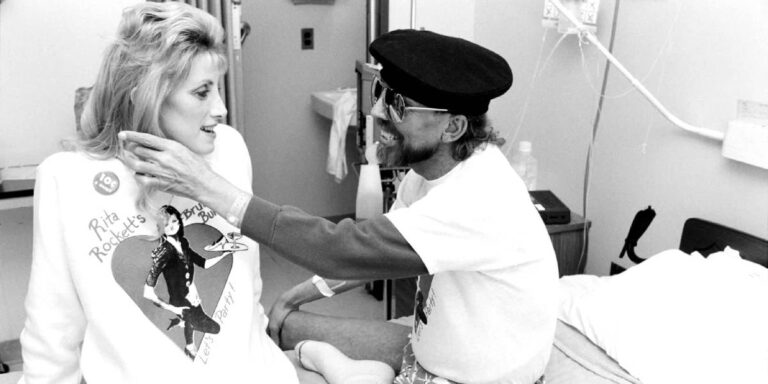 A heart-wrenching chronicle of the AIDS crisis of the 1980s, new documentary 5B gets its title from the ward of the same name, established at San Francisco General Hospital in 1983. It was the first hospital ward in the country — or anywhere, for that matter — focused exclusively on AIDS patients, but rather than seeking to heal, the caregivers of 5B had a different kind of mission: to treat patients with the humanity that society had denied them.

5B was the brainchild of Cliff Morrison, a nurse who rejected the practices of other medical facilities which sought to keep AIDS patients at arm’s length, if not even further removed. Misconceptions about the methods through which HIV could be spread resulted in near hysteria among the medical community, with many healthcare providers donning full-on Hazmat gear (or as one nurse calls it, “space suits”) before entering the same room as someone with the virus. But Morrison and his colleagues recognized the need for a different kind of healing, particularly in a city hit much harder than most by the epidemic.

Many of those same colleagues, including Morrison himself, provide firsthand recollections of the challenges they faced and the heavy emotional toll their work exacted. As one nurse observes, they weren’t tasked with curing people — their job was to care for them, to show kindness and compassion when so many others were unwilling.

Uplifting though the story may ultimately be, the film also acknowledges the other side of the coin: the accusations by other hospital workers that 5B staff had instituted a “homosexual hierarchy” that placed additional priority on their patients, the widespread panic that led to more than half of polled Americans believing that AIDS patients should be quarantined on an island, and the crusade of Dr. Lorraine Day, former head of orthopedic surgery, who pushed for mandatory AIDS testing of all surgery patients. As modern interviews with Day make clear, her views haven’t evolved over the past thirty years, and in one scene she’s downright contemptuous of her former colleagues from San Francisco General.

The hatred and bigotry is counterbalanced by Morrison and his staff, not to mention the presence of Rita Rockett, a jubilant rollerskating entertainer who began a tradition of Sunday brunches in ward 5B that lasted nearly two decades. That these people were able to accomplish so much good in a time of such misconception and adversity is well worth celebrating, and directors Paul Haggis and Dan Krauss deserve commendations of their own for ensuring this tale of unprecedented kindness in the face of unspeakable tragedy doesn’t fade away into history, but continues to endure and set the example by which we should all strive to treat each other.